Salaam,
It's been quite a while since my last post...one month and five days to be precise. My apology for being out of the radar screen for such a long time. A combination of factors and circumstances, some inevitable and unavoidable, made it rather difficult to blog from where we are currently. Anyhow, the last few weeks have seen a flurry of activities going on and around in Tehran, not to mention our two-week summer break out of the country. InsyaAllah I shall bring to you some of those beautiful moments when time opportune.

And today I wish to share with you some of the images captured during the last Diplomatic Ladies Group (DLG) of Tehran's Annual Charity Bazaar 2009, which was held at the resident of the Egyptian Ambassador in Tehran, on Friday, 19th June 2009. As in the previous similar bazaar held in 2007, this year our Embassy also participated enthusiastically, along with several other ASEAN and other foreign missions. We managed to prepare a variety of food items for sale such as fried noodles, laksa & lontong, curry puff, fruit cake and ondeh-ondeh, as well as providing some gift items for donation. It was a sold out with many more customers, particularly the locals, asking for more. It does show how popular Bruneian cuisines are over here...many thanks too, to our one and only 'tukang masak', Hajah Sina.

It was a very well-organised event (many thanks to the Egyptian embassy and all the DLG committee members) and well-attended and participated by members of the foreign missions and international organisations in Tehran, as well as our Iranian friends and families. 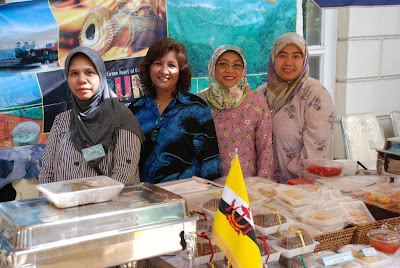 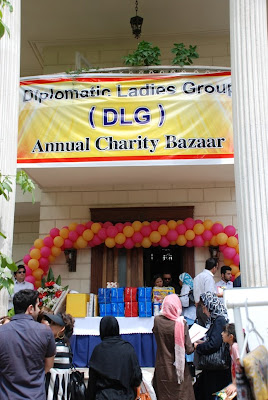 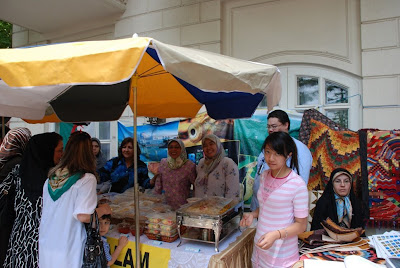 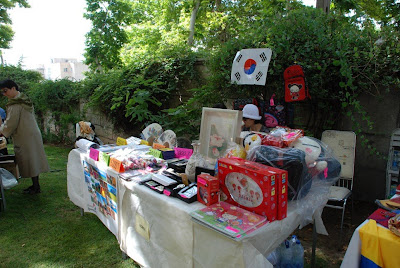 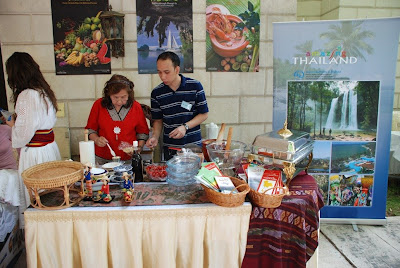 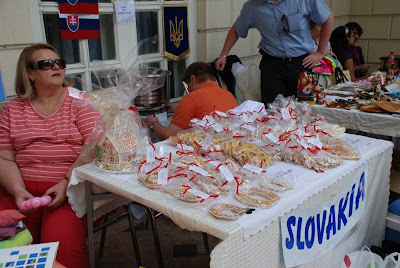 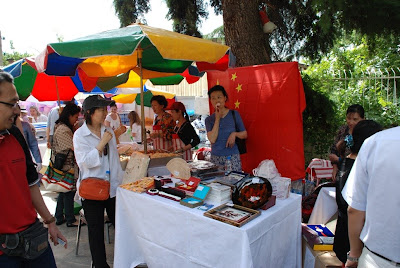 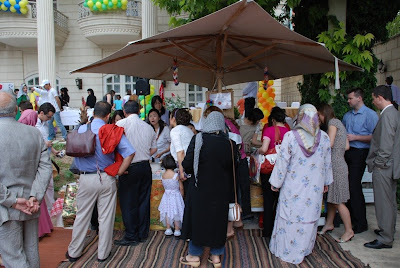 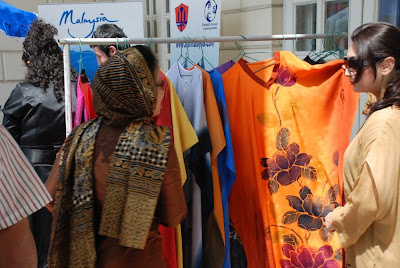 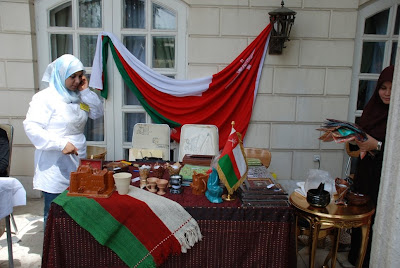 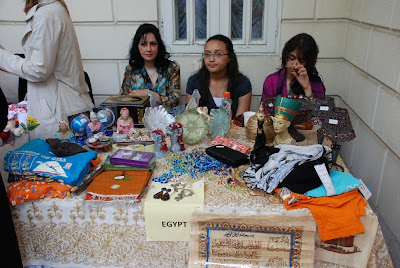 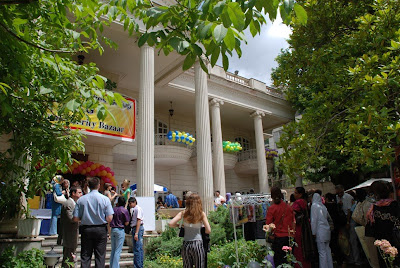 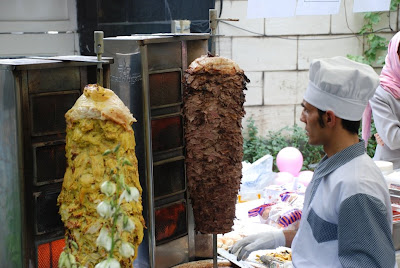 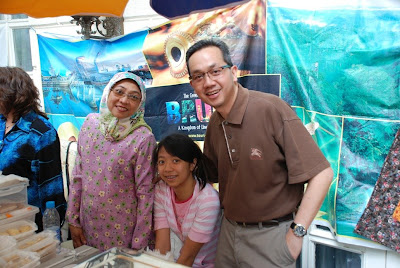 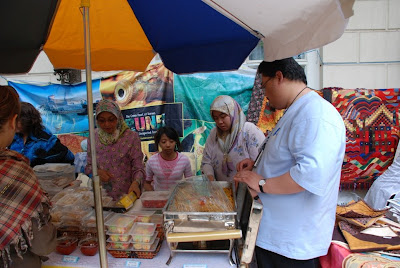 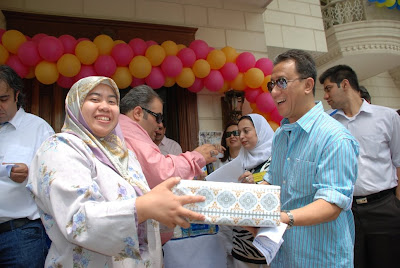 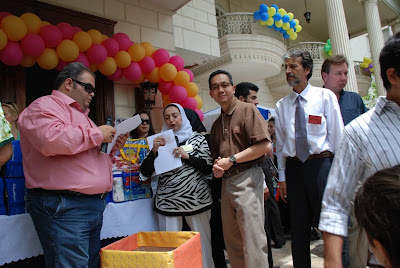 helping to pick for the next lucky numbers 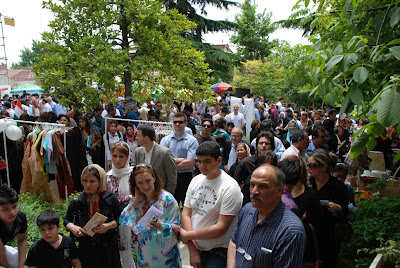 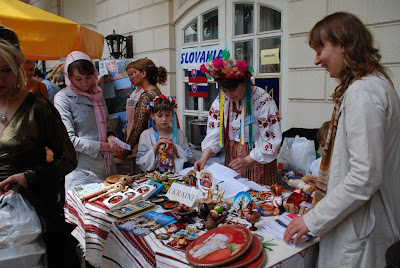 Ukrainians in their traditional attire 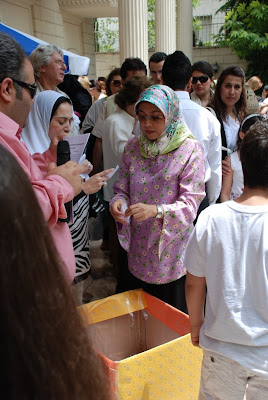 so who is the next lucky winner? 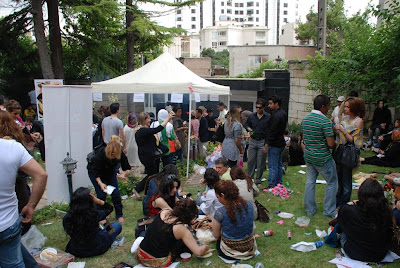 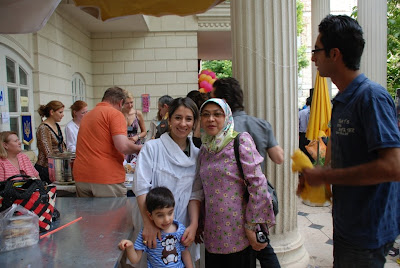 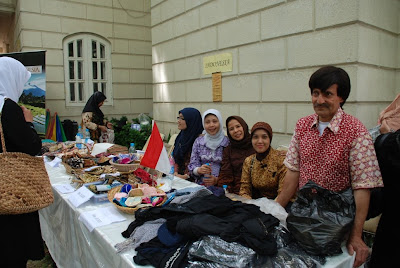 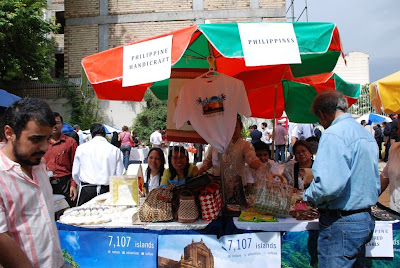 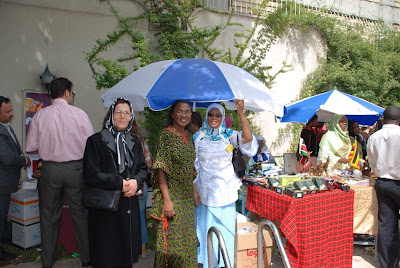 Kenya and other African stalls 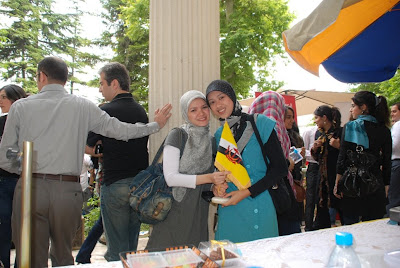 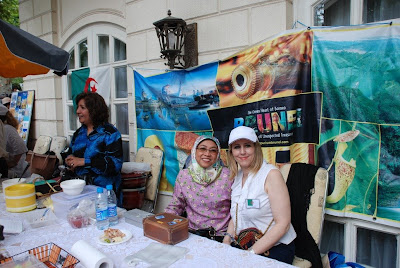 with Mdm Shafiqa from Algeria
Posted by hamsare_mosafer at 1:31 PM