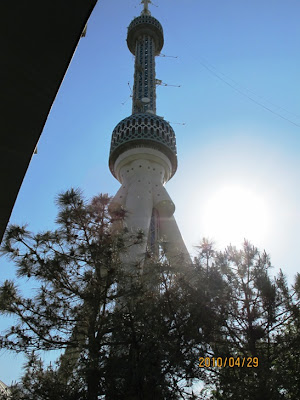 Salaam,
Another main sight and attraction of the city that we visited on the second day is the Tashkent TV Tower. Located along Amir Temur Street, the 375 meter tower, completed in 1985, is said to be the ninth highest construction in the world, and the highest structure of such type of construction in the Middle East (perhaps before Burj Khalifa?).
Apart from TV broadcasting, the tower is also multifunctional and used for modern means of communications such as cellular and paging communications and meteorogical station. At a height of 100m, there are also two restaurants spinning around the pilot of the tower platform, enough to accommodate over 100 visitors at one particular time.
Perhaps there is no better place to enjoy the fabulous, panoramic and bird's-eye view of this ancient and forever young city than from the vantage point of the Tashkent TV tower.
Wassalam. 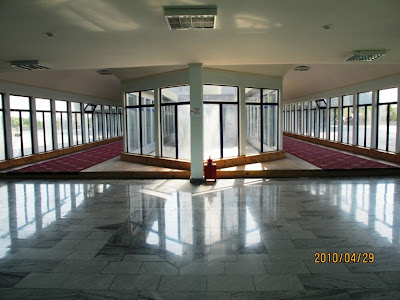 the foyer and main entrance... 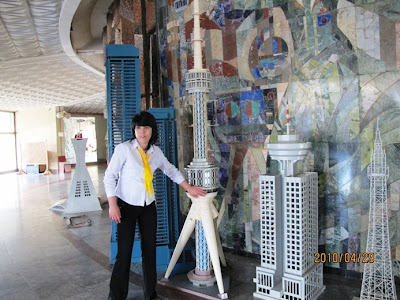 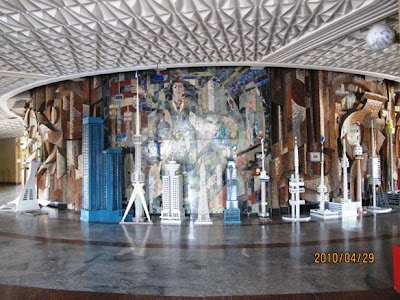 display of replicas of other great towers of the world... 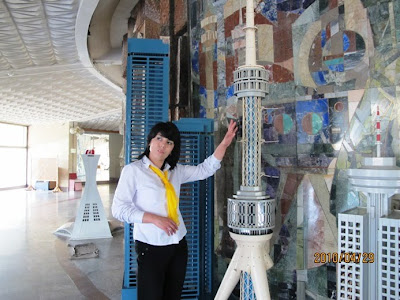 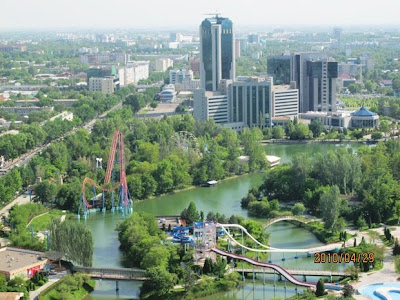 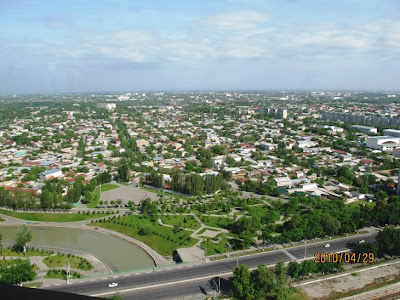 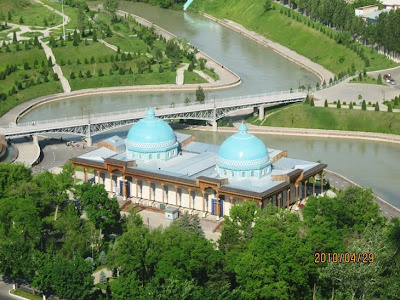 Museum of the Memory of Victims of Reprisal... 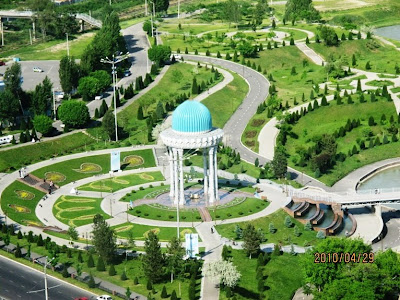 inaugurated on the 11th anniversary of Uzbekistan's Independence, 2002 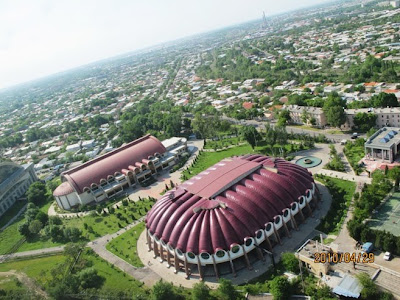 the city's sports complex and village 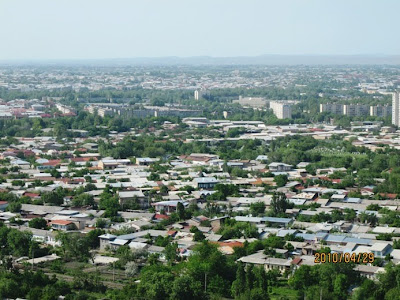 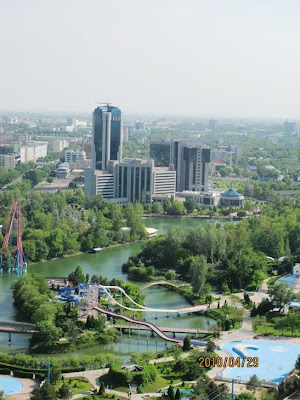 view of the city's International Business Centre,
over a 17,000 sq metres area

the Red hall of the Koinot restaurant 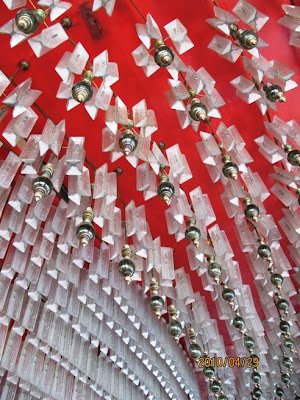 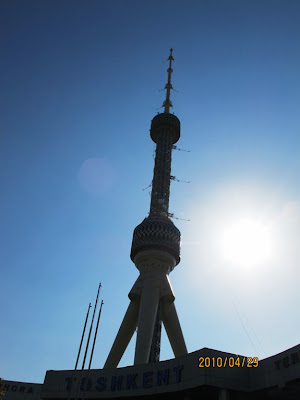 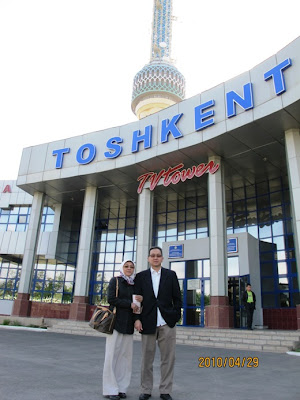 Posted by hamsare_mosafer at 7:41 PM