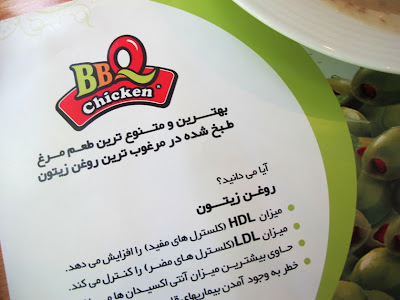 Salaam,
Finally had our lunch yesterday at the much talked-about BBQ Chicken, the first ever Korean franchise restaurant in town, with branches all over the world...Seoul, Singapore, New York, Malaysia, Sydney, London, Ulan Bator...to name but a few.
Although it was our first sitting-down lunch at it's Pol-e-Roumi Street, Shariati Avenue branch, actually we had already tried a few of its famed barbequed chicken such as its chicken steak in Korean traditional charbroiled 'Bulgogi' sauce, its trademark black pepper and mushroom sauces, as well as its Olive Speciality, Orange and Lemon sauced chicken, through its delivery service on several occasion earlier. I must confessed that we only learned and found out this new gourmet outlet from our colleagues who had been around much later than us but had been its regular diners.
Apart from chicken, the restaurant also serves wider and interesting choices of appetizing, mouthwatering and yummy looking starters, soups, salads, sandwiches, pizza and pastas with exotic oriental and unique nicknames...Teri-O-Wings, Chicken Aglio Olio,Jerk BBQ...The best thing about this new outlet, opened since late January this year, is its reputation as the first in the world to use 100 per cent olive oil in its cooking and frying. It also serves choices of seafood selection, the best so far is its seafood platter consisting of breaded hamour fish, torpedo prawn and calamari rings. The olive rice is another interesting choice to choose from the side dishes, very aromatic and healthy.
A truly family outlet with choices of family meals menu and kids corner...
For those yearning for a real and authentic oriental taste, I would suggest, this is the right outlet to date, to savour and satisfy our taste buds...
Wassalam. 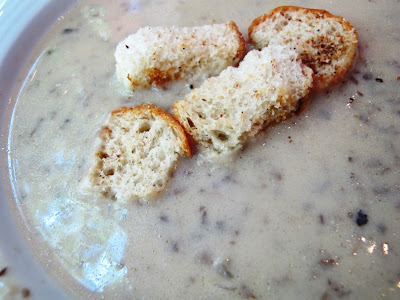 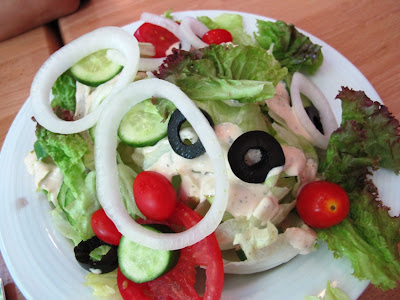 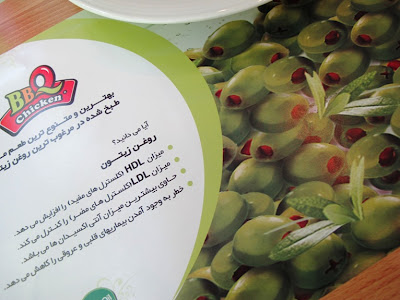 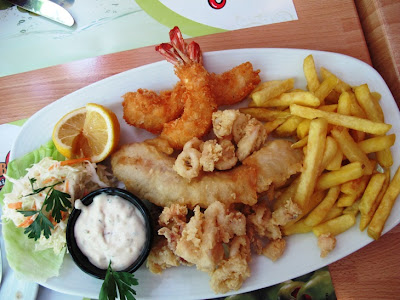 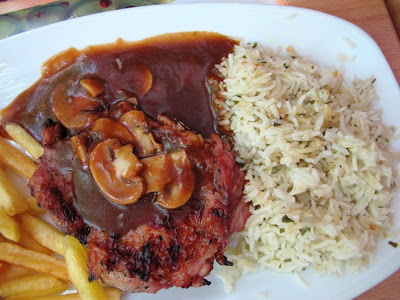 and Chicken Steak in Mushroom sauce
Posted by hamsare_mosafer at 3:32 AM