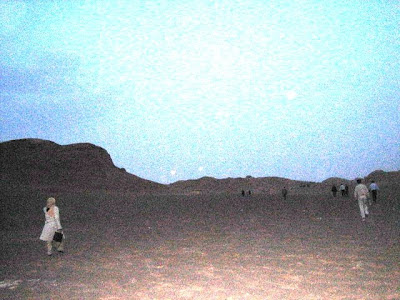 sunset over Shahdad desert, Kavir-e Lut, Kerman province
Salaam,
In conjunction with the third tourism conference, following the first and second one held in Sar-ein and Ramsar respectively, once again the Iranian Tourism organization invited several heads of foreign mission and their spouses to a three day visit of the southeastern province of Kerman in late May 2007. The Mahan Air flight from Tehran took us only slightly over an hour to reach the old and historical city of Kerman in the early evening.
The province indeed greatly attracted our attentions with its rich historical and beautiful natural setting and a lively and interesting environment. Some of the tourism attractions of Kerman which we visited include the most unique and hottest desert and kaloots (clustered hills) of Shahdad, Mahan Shazdeh Garden, the Ganj-Ali Khan complex including the Vakil bath, bazaar and caravanserai, and the Zoroastrian museum.
Our first destination on the second day of the visit was the famed desert and Kaloots of Shahdad, located some 100 kilometers off Kerman city. The beauty and silence of the desert really amazed everyone. According to a briefing by Tehran University Professor Kardavani, the spot is known as the earth’s thermal pole with the temperature reaching as high as 100 celsius. What makes Shahdad even more unique is its location at the foot of the region’s highest mountains, the peaks of which are covered with snow until May. The geographical conditions, the diversity of attractions, the change of temperature and the kaloots of Shahdad are indeed rare phenomenon that we would always keep as fond memories of Kerman.
By sunset our buses began a two hour trip back toward Shazdeh Mahan Garden in the vicinity of Kerman city. This charming garden dated back to the Qajar period and belonged to one of its last princes. The dance of the trees in the wind, the high fountains and the floodlights created a wonderful sight. The cake of friendship was later prepared by the organizer and was ceremonially cut by five participants representating five continents participating in the visit.
On the last day of the tour, we also visited the ancient bazaar of Kerman and Ganj-Ali Khan bathhouse and caravanserai, and the Zoroastrian museum. These monuments really showed us the unique architecture of Iranians.
In the economic realm, Kerman, as the widest province of Iran, comes first in producing pistachio nuts in Iran, of which Rafsanjan is the most famous area. Another main agricultural product of the province is the ever popular dates from the old city of Bam. Unfortunately both of these places were not in the itinerary of our visit.
Besides all the above wonderful places, there are of course other historical monuments and sites which have contributed greatly to the popularity of this province.
Wassalam. 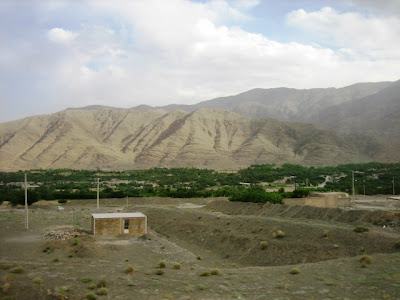 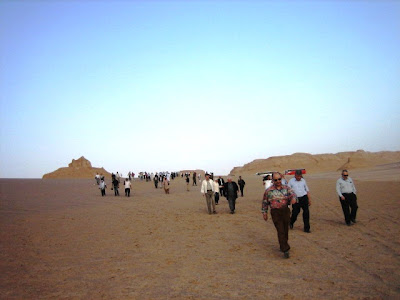 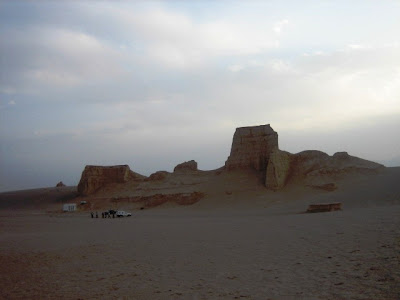 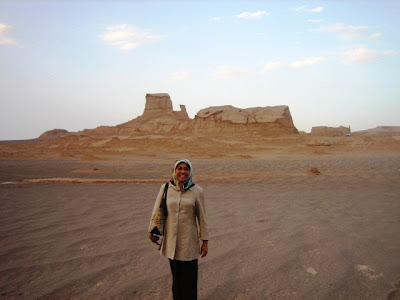 formed out of water and wind erosion some 20,000 years ago 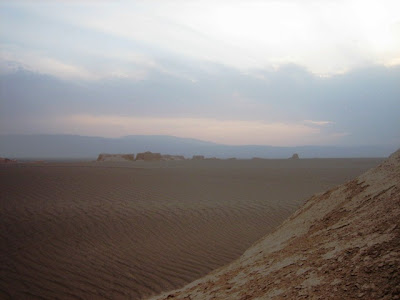 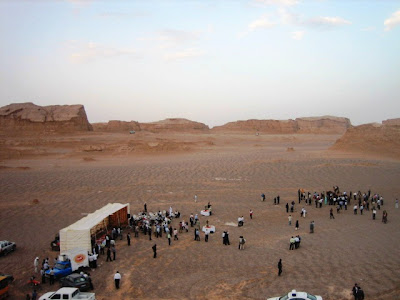 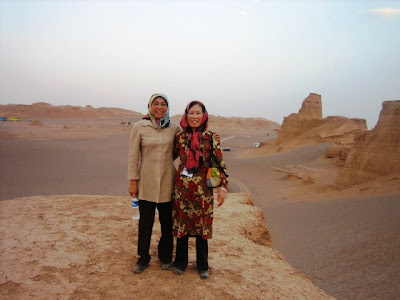 view from atop one of the kaloots... 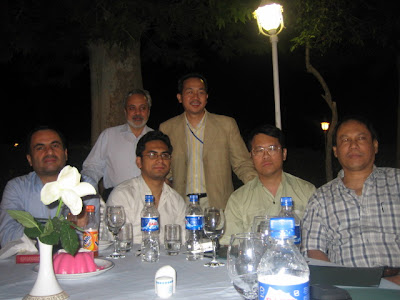 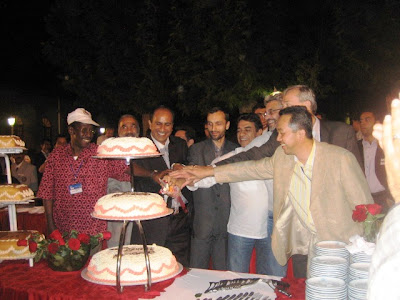 cutting the cake of friendship... 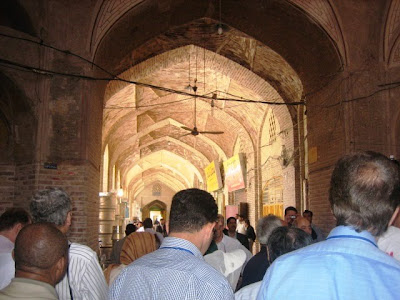 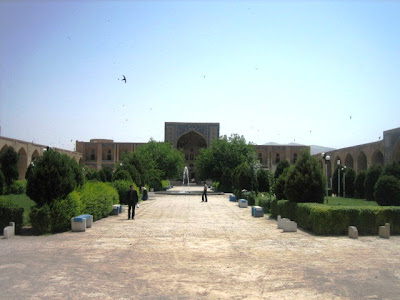 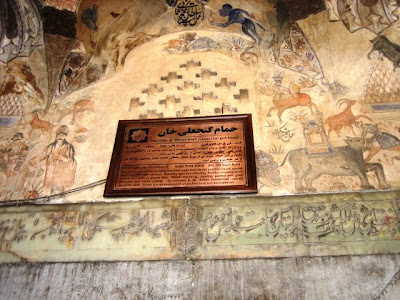 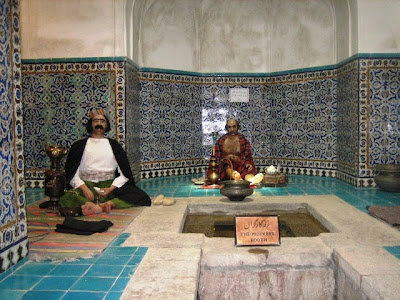 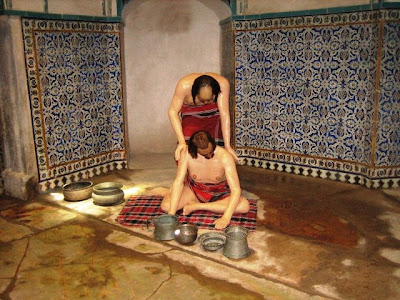 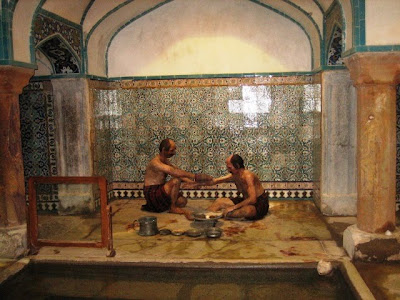 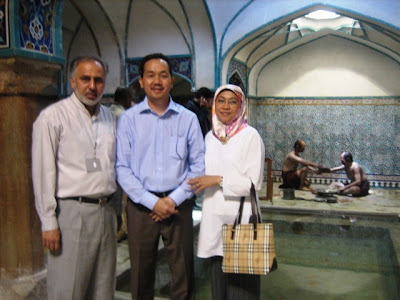 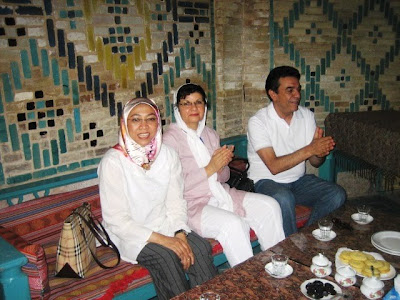 inside the Vakil bazaar and tea house 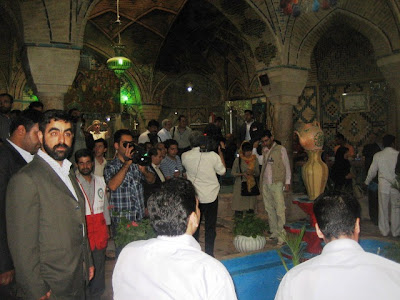 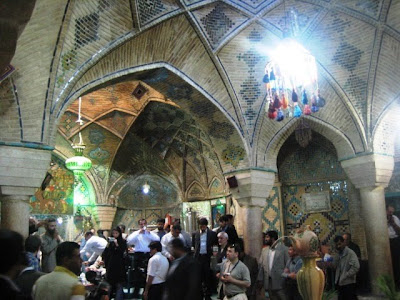 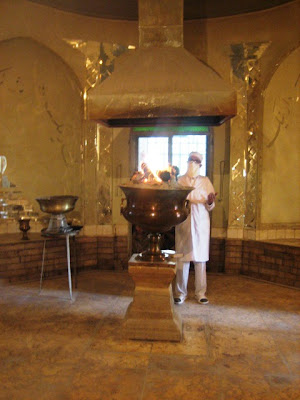 inside the Zoroastrian temple of fire 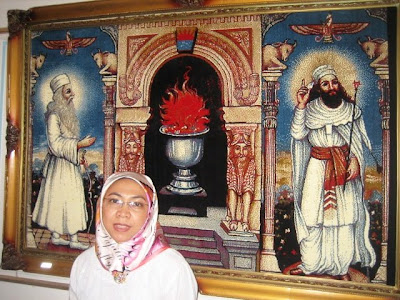 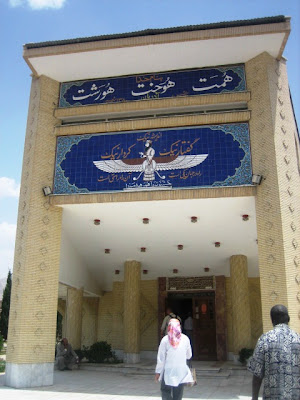 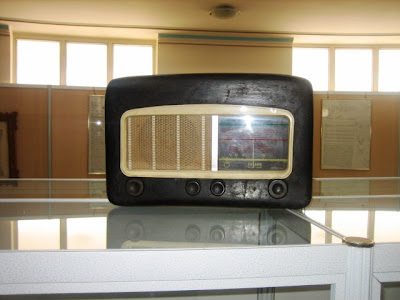 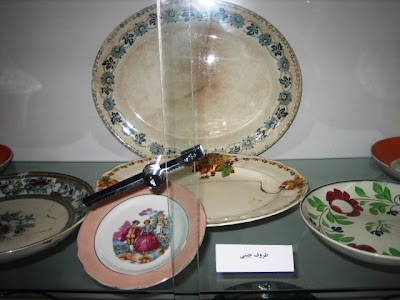 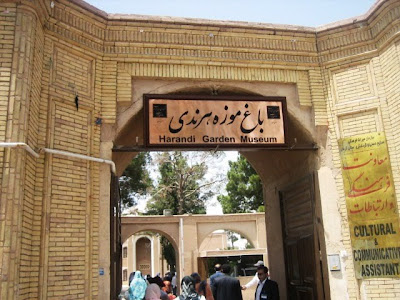 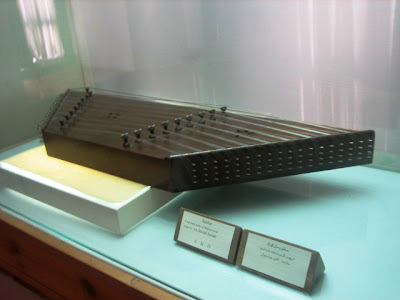 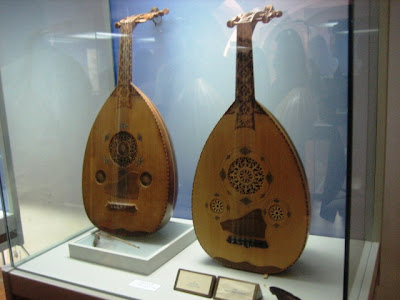 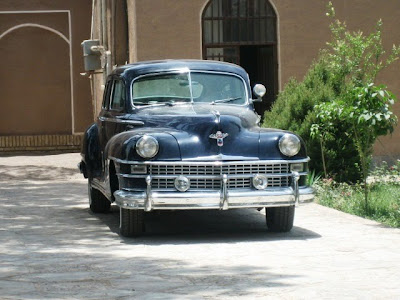 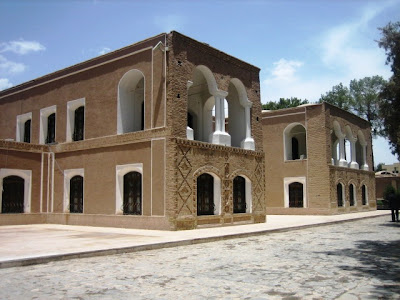 part of the museum complex
Posted by hamsare_mosafer at 10:43 AM