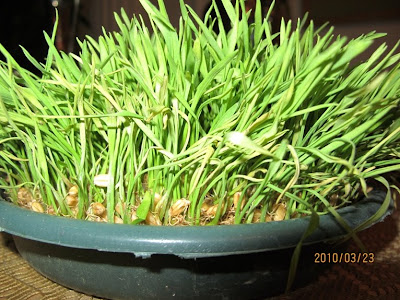 One of the first 'S' or 'Seen' on the table of Haft-Seen during the Nowruz celebration is the Sabzeh or green grass. To the Iranian, Sabzeh, which usually consists of green sprouts, is a symbol of rebirth. Seeds of wheat, barley or lentils are prepared and spread in a dish and kept wet to grow for about 2 or 3 weeks before Nowruz.

Since ancient time, growing the Sabzeh has traditionally been the responsibility of the women. Hence growing the seeds is in itself a symbolic gesture. As the menfolk were themselves hunters and herders, women were the one who did the farming and gardening works. Furthermore in the ancient mythologies, all dieties of birth and growths were female. Nowadays, the custom is slowly changing as men are revealing their artistic skills and sharing the responsibility with their womenfolk.

At the thirteenth day of Nowruz, known as Sizdah Bedar, the sabzeh is thrown into running water (the sabzeh grown for the Haft-seen believed to have symbolically collected all sickness and bad luck) to exorcise the demons from the households. It is also customary for young single women to tie the leaves of the sabzeh before discarding it, and express a wish to be married before the next year's Sizdah Bedar.

Preparing and growing the sabzeh are usually done a few weeks before the New Year. However, if one's hands are simply far from 'green' to prepare for oneself, pre-grown sabzehs are abundantly and readily available at most Iranian stores and along the street's stalls even at the very last hour. 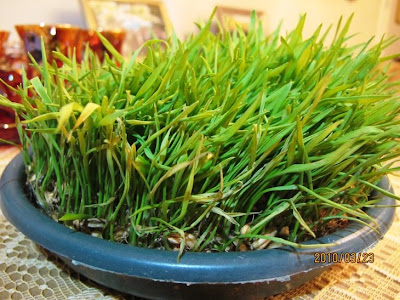 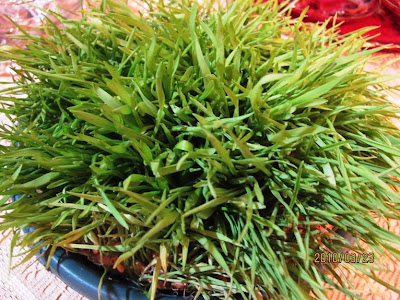 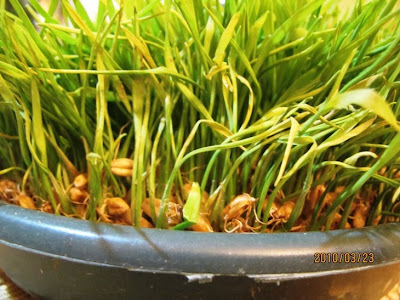 green sprouts from seeds of wheat, barley or lentil 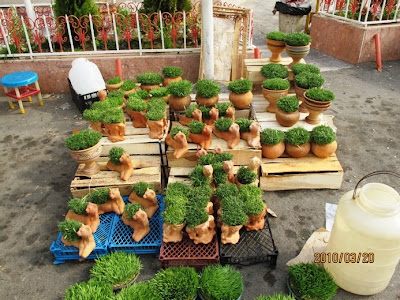 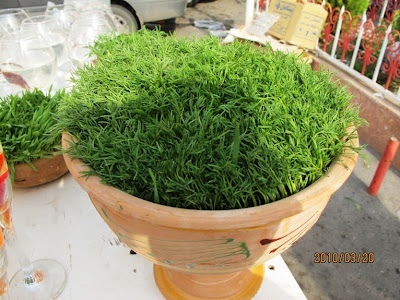 of all kinds, sizes, prices... 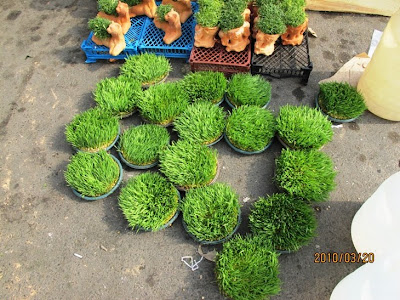 readily available on side street's stalls...
Posted by hamsare_mosafer at 10:39 AM