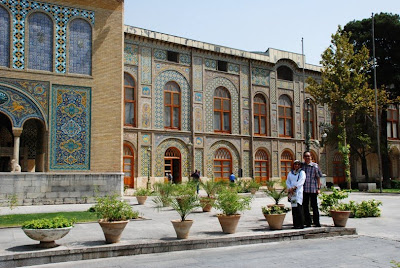 Salaam,
Another impressive and oldest of the historic monuments in Tehran worth visiting is the Golestan Palace, also popularly known as the Rose Garden. We visited this complex in August 2009 in a one-day tour organised by the Asean Ladies Circle (ALC) of Tehran.
The present complex of a group of buildings, once enclosed within the mud thatched walls known as the Arg or citadel of Tehran, is a result of about 400 years of construction and renovations, each having its own unique history. The construction of the palace is attributed to the Safavid Shah Abbas I, but later became the official royal residence of the Qajar family, Nassereddin Shah. Under the Pahlavi, the palace was used for formal royal receptions and important ceremonies such as the coronations of Reza Khan and Mohammad Reza Pahlavi, New Year and birthday celebrations.
Today, most of the buildings are open to visitors and most of the main complexes are converted into museums. The major ones are the anthropology museum, Talar-e Almas (Hall of Diamonds), Aks-khaneh (house of photography), Howz-khaneh (house of piscine), Neggar-khaneh (picture gallery), Shams-ol Emareh (Edifice of the Sun) and Takht-e Marmar (Marble Throne Veranda) and Gushvareh rooms. One of the most interesting exhibit halls is the Kakh-e Abyaz or the White palace which is now an ethnological museum housing colorful exhibition of traditional Iranian costumes and folk arts.
Meanwhile, the palace garden offers an oasis of coolness and tranquility in the heart of the city with its finest plane tree, rose bushes, fountains and streams of water reminiscing the charm of ancient Persian gardens and relics of a bygone era.
Wassalam. 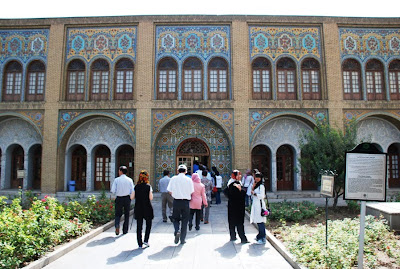 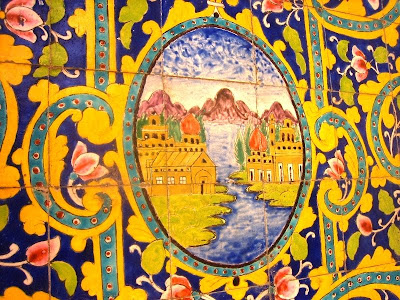 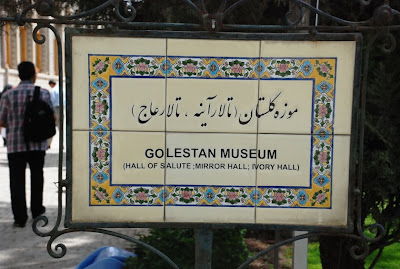 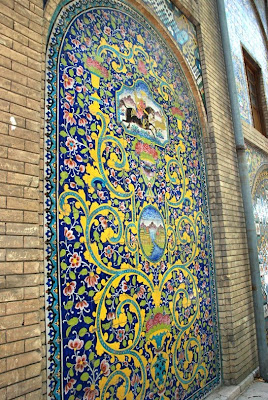 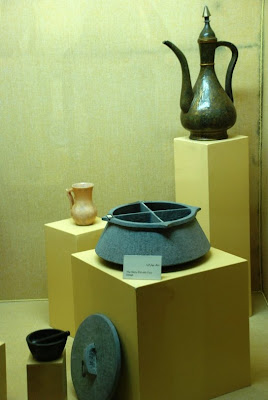 relics of a bygone age... 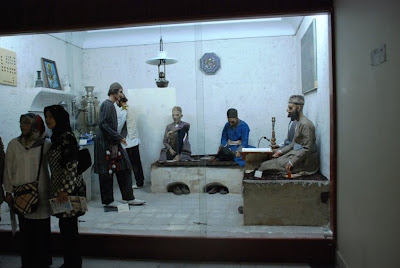 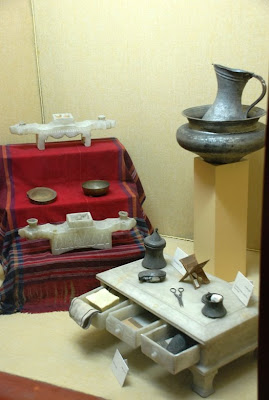 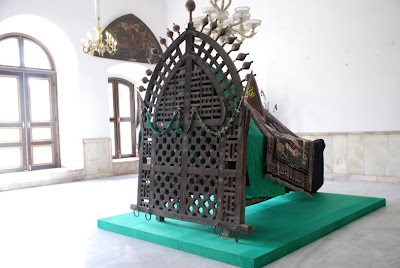 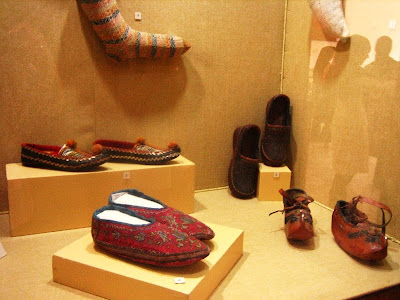 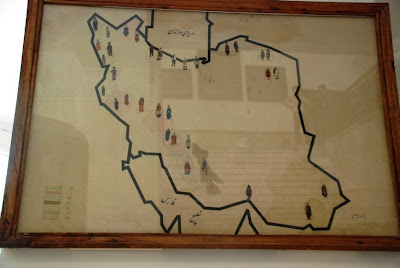 map of tribal costumes and dresses 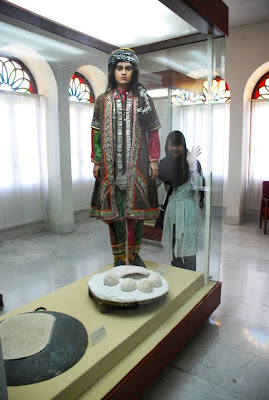 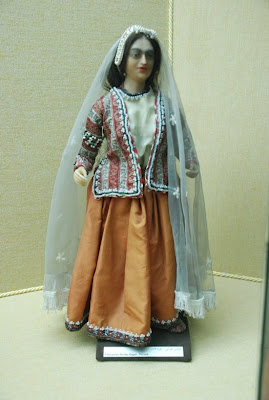 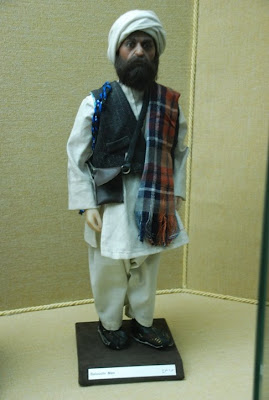 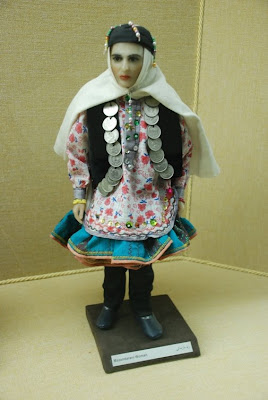 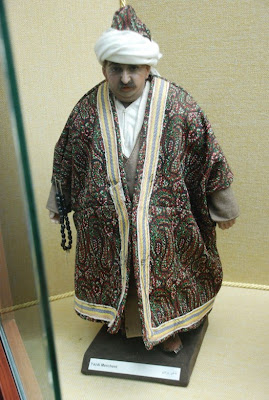 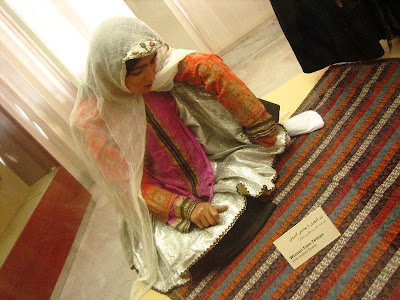 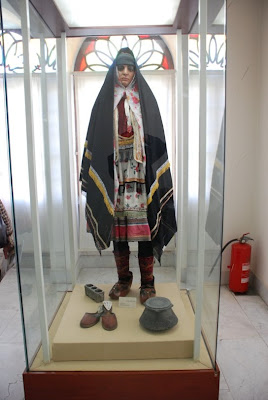 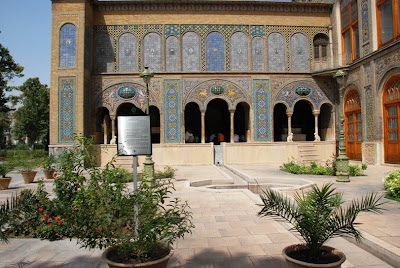 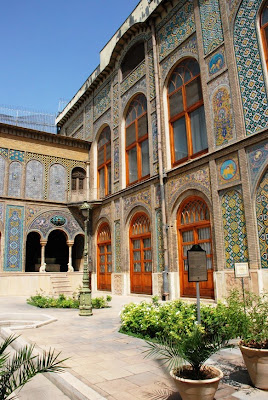 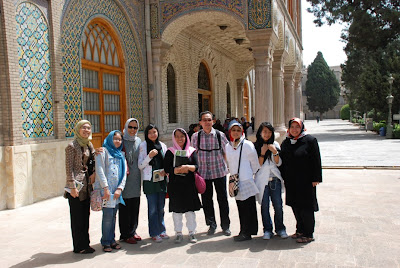 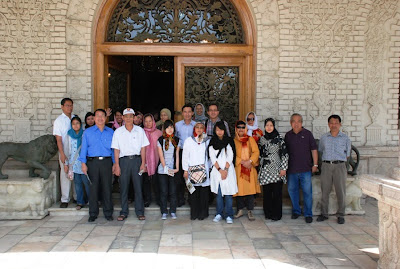 the most famous of the palace halls 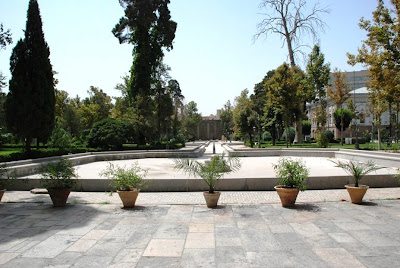 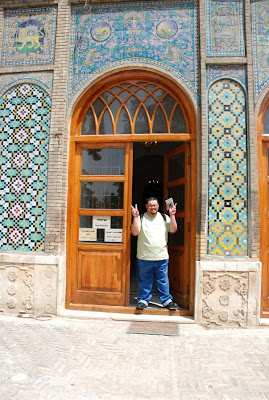 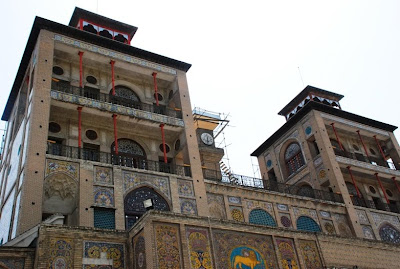 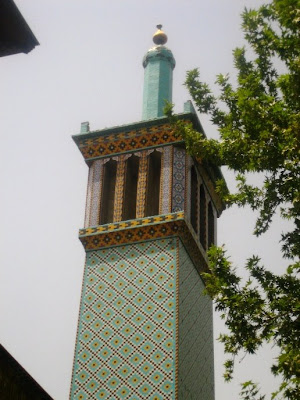 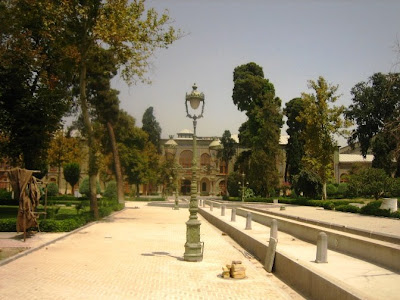 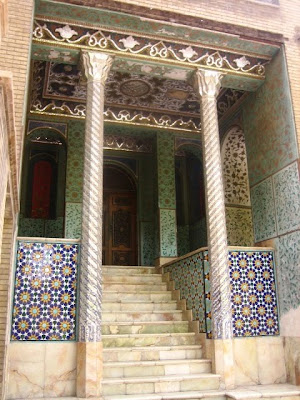 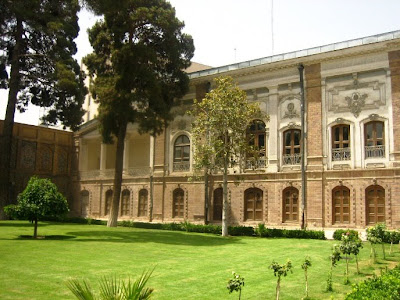 backyard of the White Palace 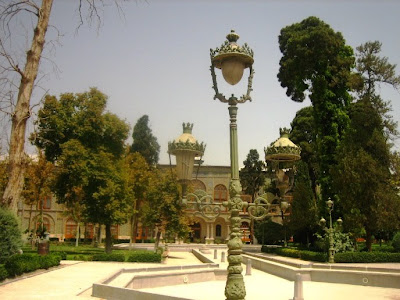 oasis of coolness and tranquility
Posted by hamsare_mosafer at 7:46 AM