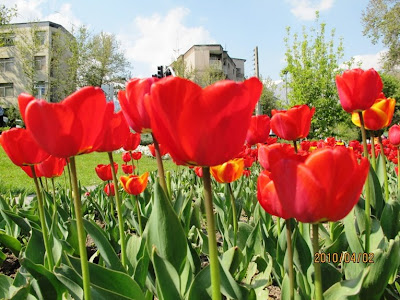 Salaam,
Today, had the opportunity to observe and mingle with the Iranians at the last phase of their New Year's celebration...Sizdah Bedar. It is the thirteenth and the last day of the Nowruz period, a day of festivity in the open, often accompanied by a tradition of gathering their family members and grouping them together with the other families to spend a full day of picnic outdoors, in the park or the countryside, among the other countrymen at the beauty of nature.
Hence Sizdah Bedar literally means "thirteen to out" and figuratively means "hit the outdoors on the thirteenth."
The celebrations stem from the ancient Persians belief that the twelve constellations in the Zodiac controlled the months of the year, and each ruled the earth for a thousand years at the end of which the sky and earth collapsed in chaos.
Therefore, according to tradition, the last twelve days of Nowruz and the thirteenth day represents the time of chaos when families put order aside and avoid the bad luck associated with the number thirteen by going outdoors and having picnics and parties. It is also believed that joy and laughter during the day clean the mind from all evil thoughts, and the picnic is usually a festive or happy event.
Another ritual performed at the end of the celebrations of the day, is to throw away the sabzeh grown for the Haft-Seen table, into a running water to symbolise getting rid of all sickness, pain and ill fate from the households for the coming year.
And according to the locals, it is also customary for young single women to tie the leaves of the sabzeh before throwing it away, so expressing a wish to be married before the next year's Sizdah Bedar.
Wassalam. 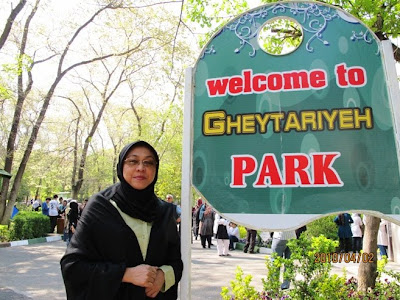 one of the main parks and recreational areas in the neighbourhood 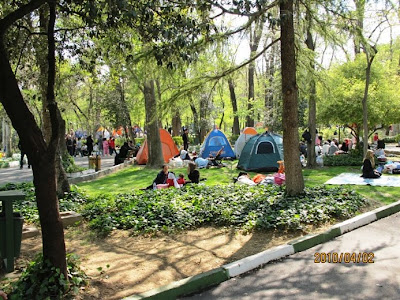 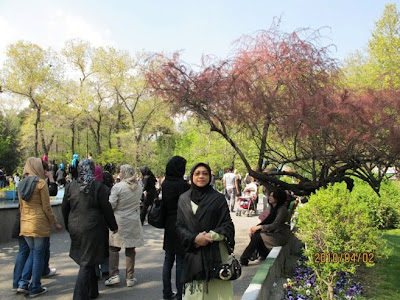 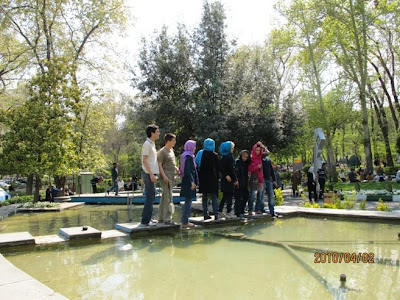 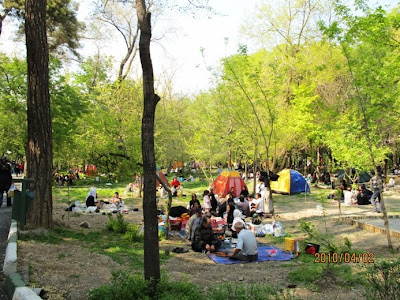 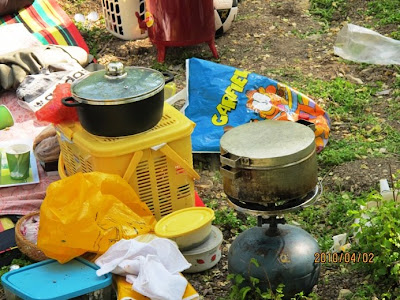 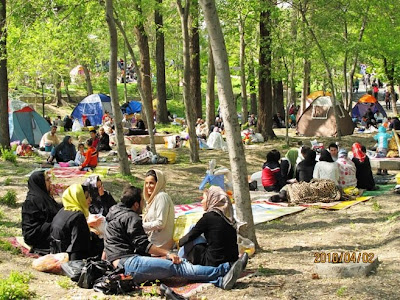 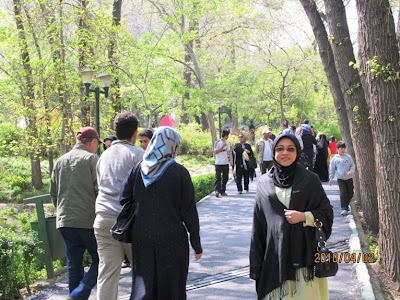 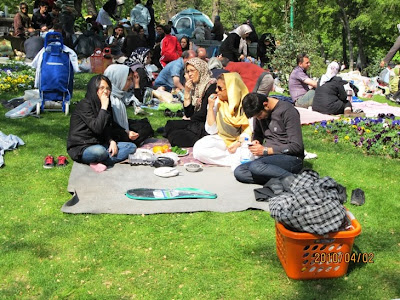 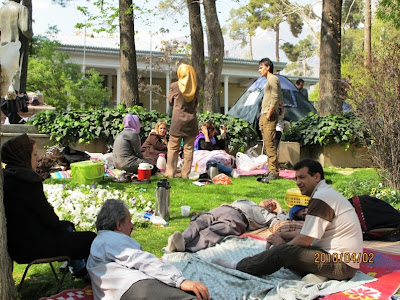 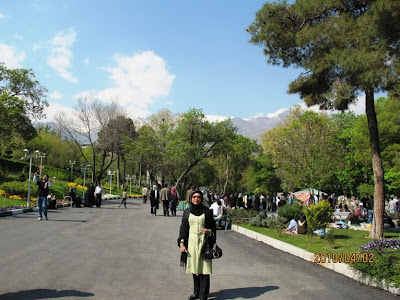 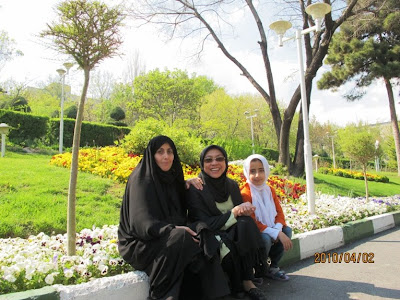 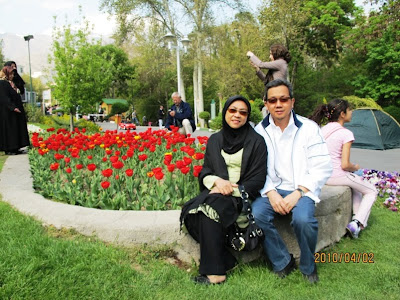 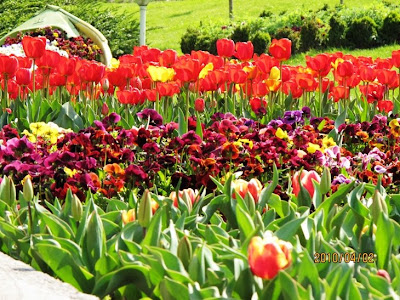 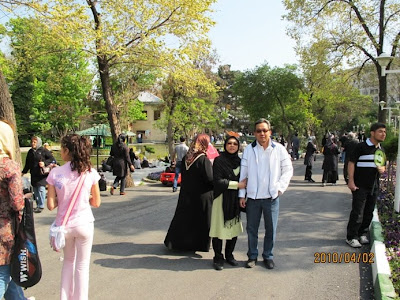 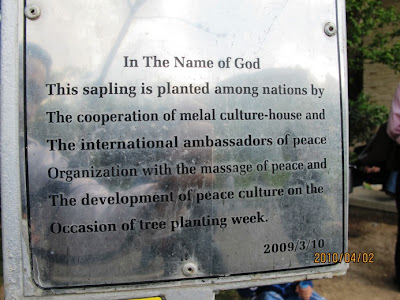 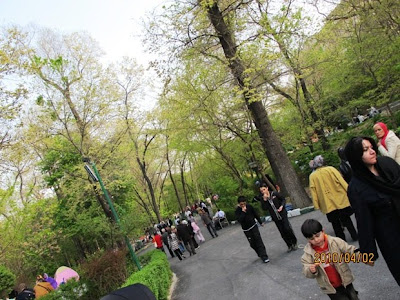 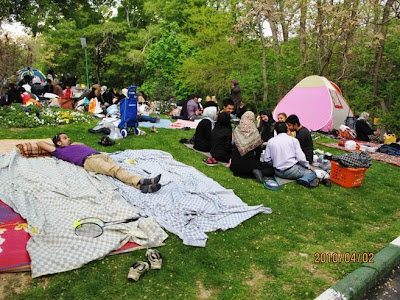 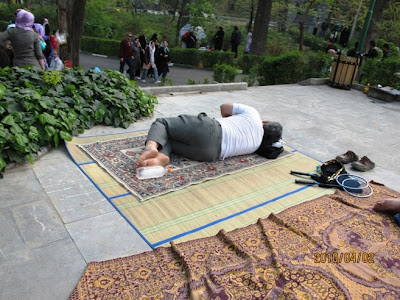 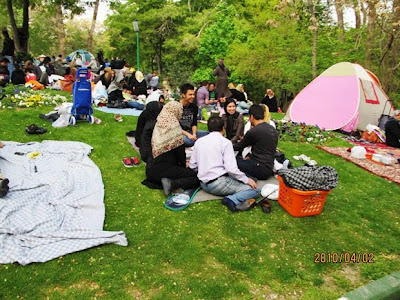 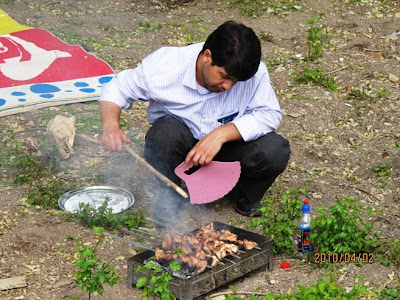 kebab for the family meal... 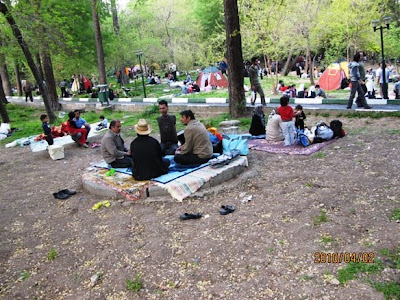 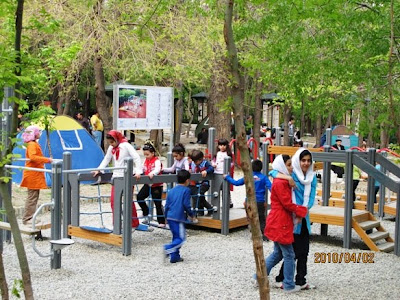 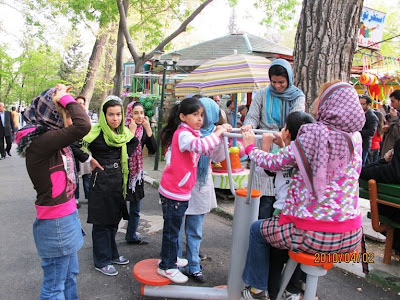 a day for competitive games... 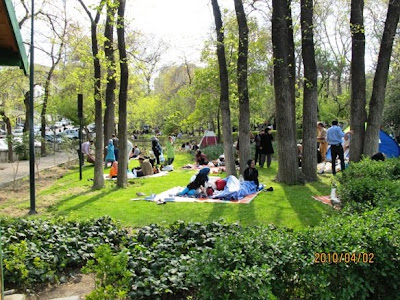 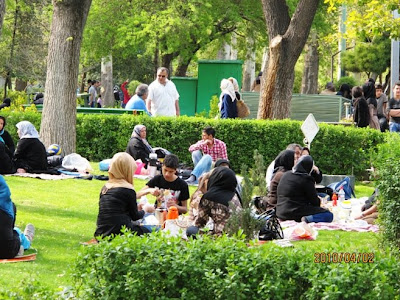 a day of joy and solidarity... 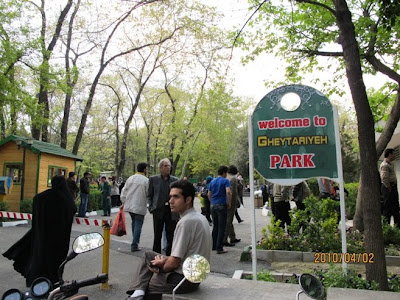 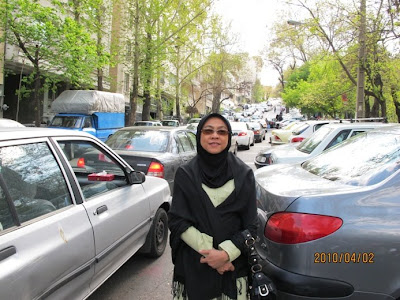 and congested street...
Posted by hamsare_mosafer at 12:16 PM