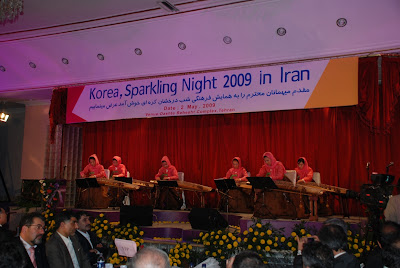 Korea ...sparkling
Salaam,
Last night we were among a few hundred guests invited to a gala evening of reception, exhibition and dinner show at Tehran’s Dasht-e-Behesht Hall to celebrate the Korean Cultural Night in Iran. A superbly thrilling and impressive entertainment - a grand extravaganza befitting its title of a “Korea Sparkling Night 2009”.
Hence as the Ambassador rightly said in his speech, ‘the interface between the tradition of morning calm and dynamism of modern history is the source of these sparklings.”
The event was jointly organized by the Embassy of South Korea and its Tourism Organization in an effort to promote cultural and tourism cooperation and exchanges between the Islamic Republic of Iran and the Republic of Korea.
Guests of the evening includes Iranian and Korean government officials, airline officials, media and business representatives and several hundred Iranian guests and family members of the Iran – Korea Friendship Association. The Deputy Minister of Culture, Sports and Tourism of Korea was on hand to mingle around and inaugurate the event.
It was indeed a spectacular evening with lots of dazzling entertainments. There were displays of Korean traditional cuisine tasting and demonstration, Korean traditional costume “Han-bok” exhibition under the theme of Yang gum and Legend of Prince, presentation of Korean traditional folklore musical performances as well as Iranian group musical performance from Khorasan.
But for those avid Iranian fans (me, included) of Korean TV drama series, none was more astonishing alias astounding than to see one of their favorite characters in “Jewel in the Palace” appearing in person, to the sheer delight of all presence…
The highlight of the evening was a dinner banquet followed by the much-awaited announcement of the lucky draw result, with fabulous prizes graciously provided by giant Korean corporations such as LG, Samsung, and Hyundai Motors and so on! Unfortunately it was not meant to be my lucky evening for my not so lucky number yet again, and hubby’s too!!
Notwithstanding, to my humble mind and opinion, I reckon the event was a great success and achievement for Korea, and its embassy in particular. The initiative, coordination, cooperation and full-hearted involvement of all concerned Korean agencies, both at home and in this country, had resulted in the successful realization and accomplishment of the country’s cultural and tourism drive. Perhaps this is the kind of enthusiasm – a spirit of dynamism – that is what needed to be acquired from, in order to pursue and to realize a comparably successful story in any cultural and tourism promotional endeavor. 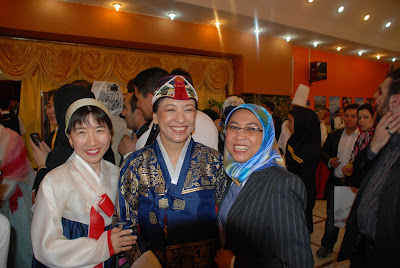 with the charming hostess of the evening... 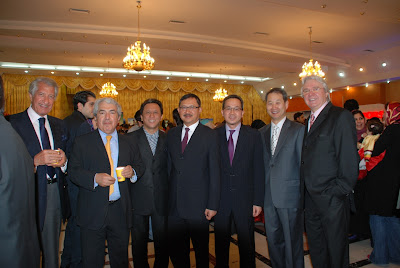 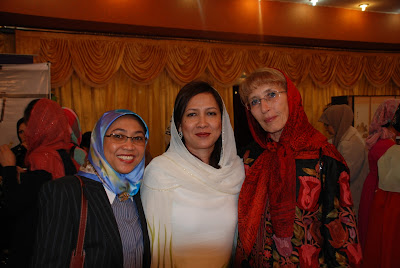 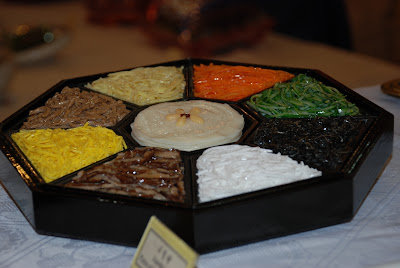 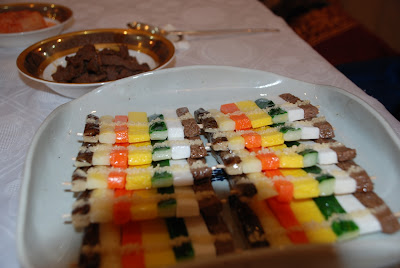 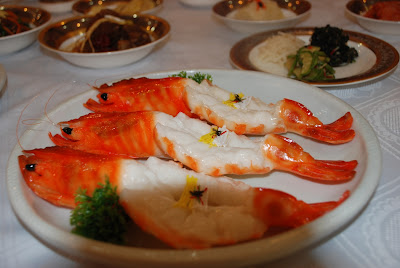 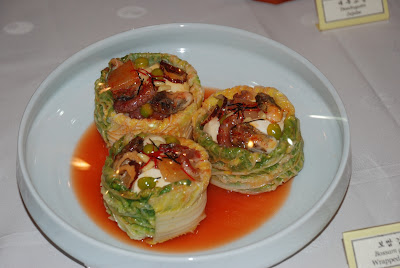 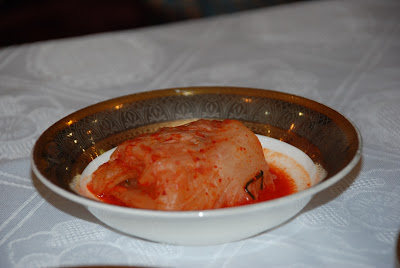 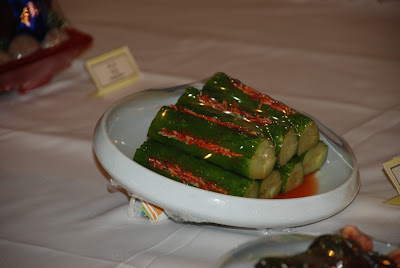 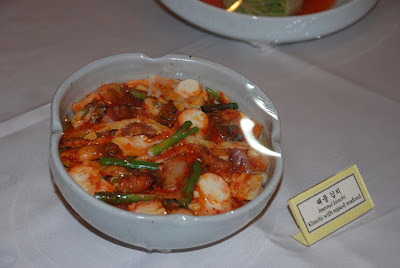 kimchi with mixed seafood...not so familiar one 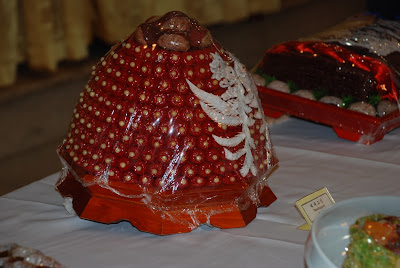 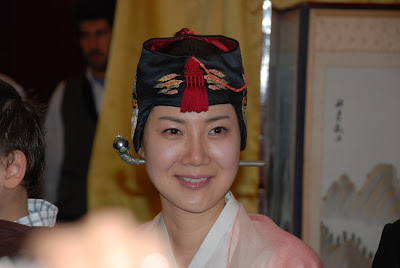 and presenting... a star from "Jewel in the Palace" 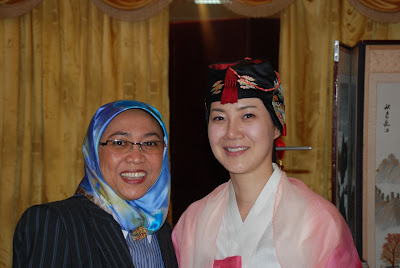 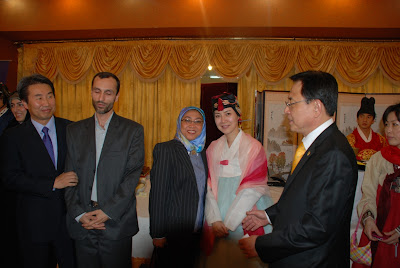 taking every opportunity to pose with "Mdm Han" 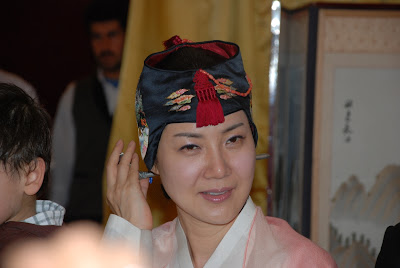 graceful and ever radiant 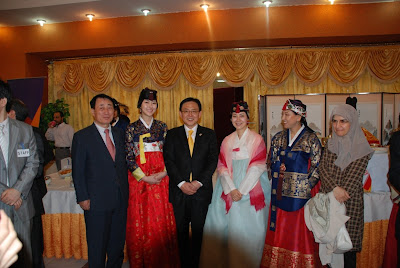 with the Korean ambassador, spouse and daughter (herself an actress & mc) 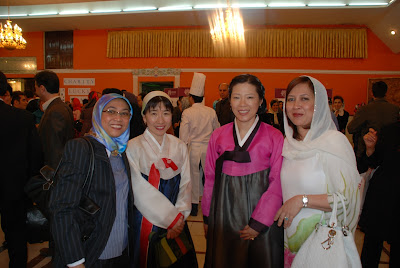 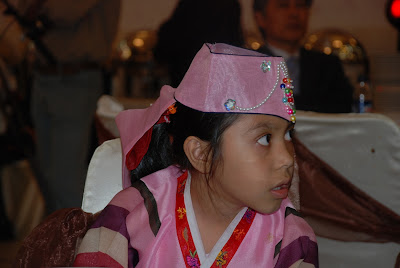 half Korean, half Iranian lass...ain't she adorable? 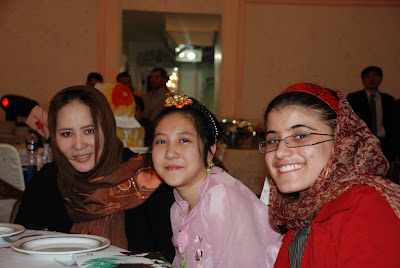 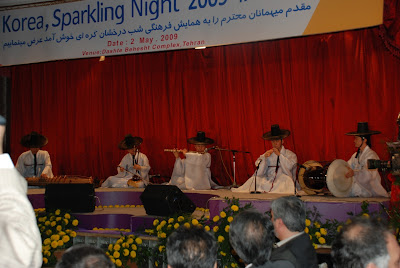 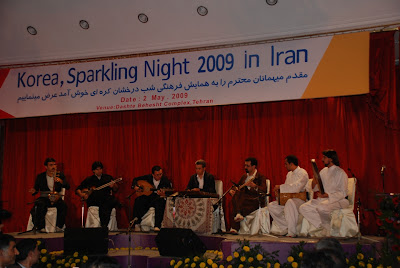 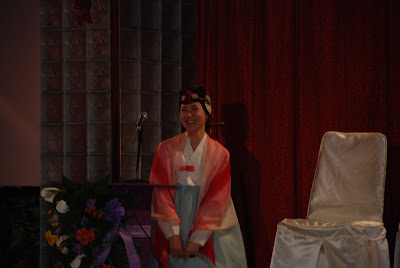 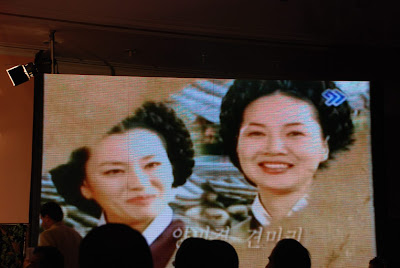 flashback...with her cooking adversary madm choi in "Jewel in the Palace" 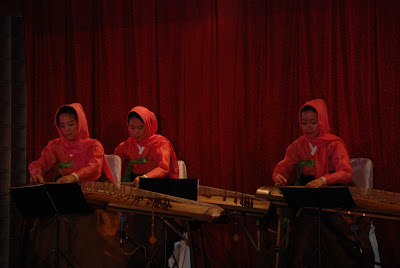 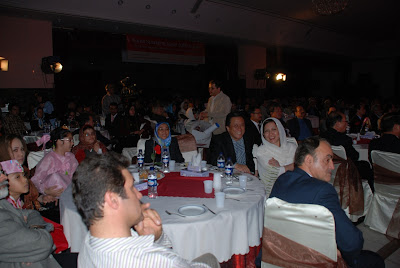 our table with some Iranian guests 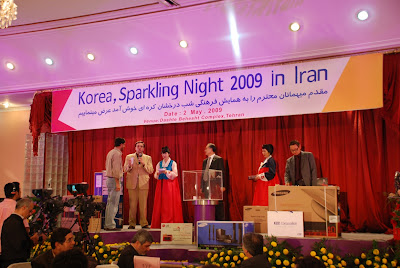 highlight of the evening... 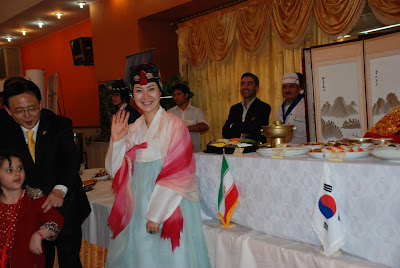