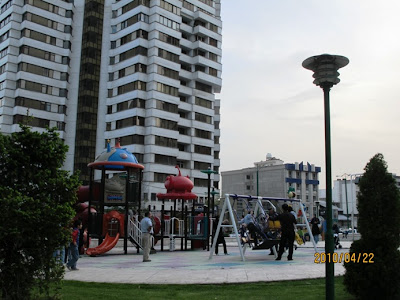 Salaam,
Tehran is indeed a city of park and garden. When it hits the weekend, Tehranis hit the street and can be seen flocking toward recreational and amusement areas all over the city. There are roughly more than 1,500 parks in this city of eight million people.
Usually city parks are so well-equipped with public facilities such as children playground, pathways for walking and shades for family picnics and relaxation. But most interestingly, many of them also provide health facilities to meet the physical (as well as the spiritual) needs of the citizen.
One such urban public park that we used to frequent (especially during spring and summer) is the Bagh-e Imam Ali, a relatively small amusement and recreational area just around the corner of the main junction/street leading to the residence. It is so conveniently located, a mere 10-15 minutes walking distance. One would feel just like going to a gym or fitness centre with almost all kinds of exercising appliances to make you sweat and feel fit again.
Another great initiative and notable achievement from the city's municipality in its effort to drive home the message of...fitness for all and a healthy life for its citizens. An exemplary and a model of excellence to be imitated back home, perhaps...
Wassalam. 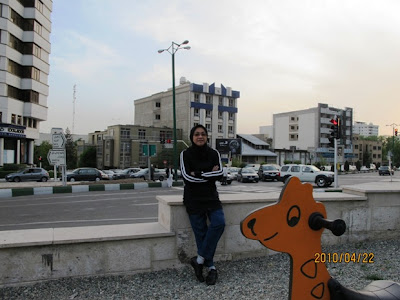 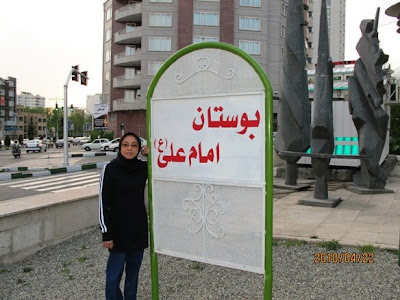 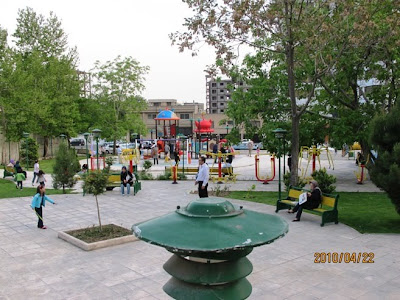 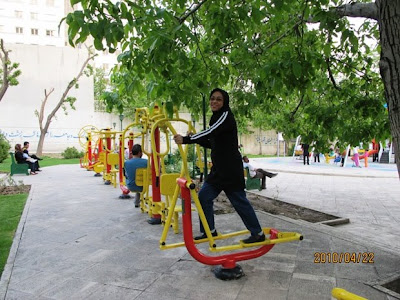 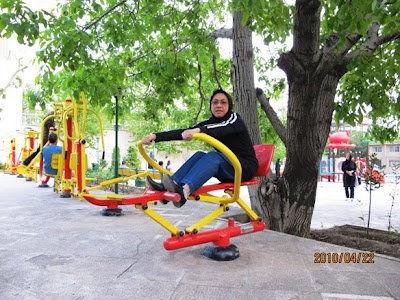 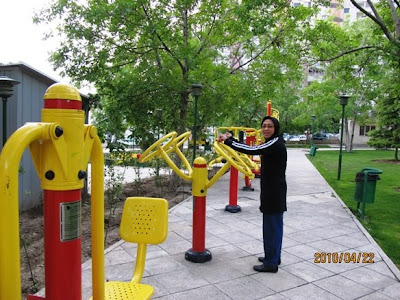 all kinds of fitness appliances... 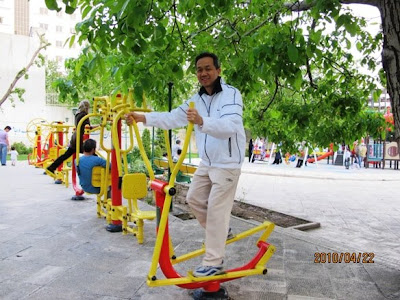 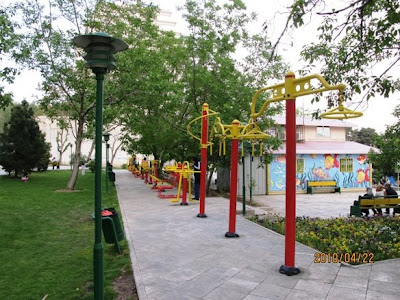 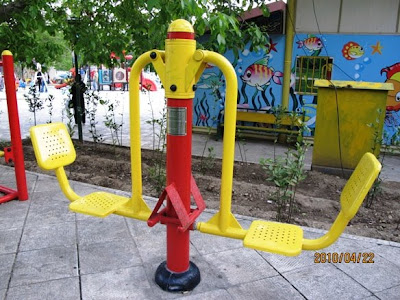 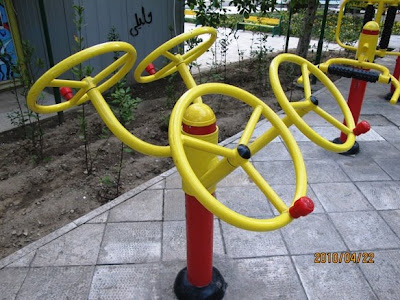 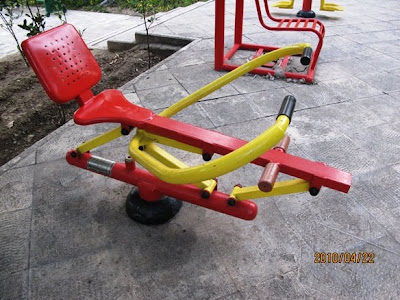 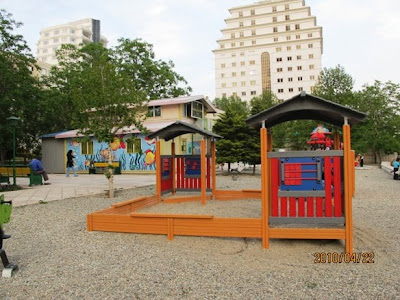 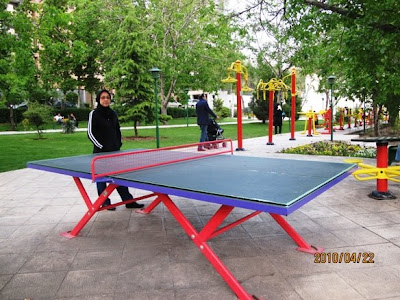 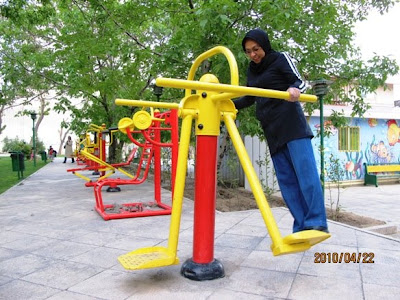 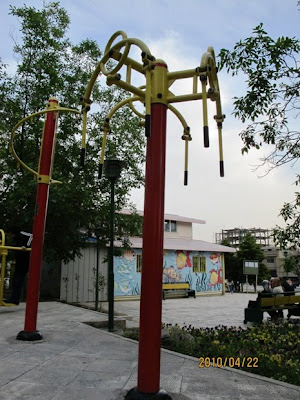 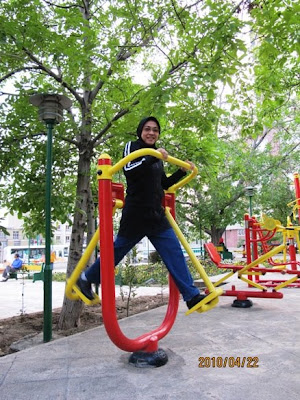 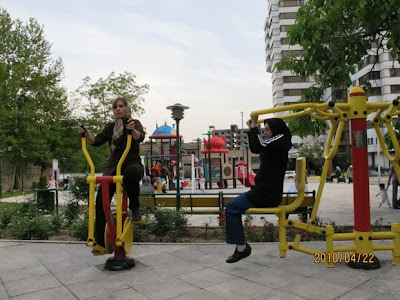 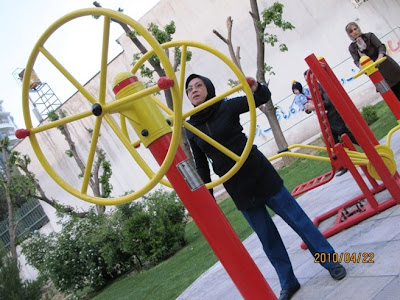 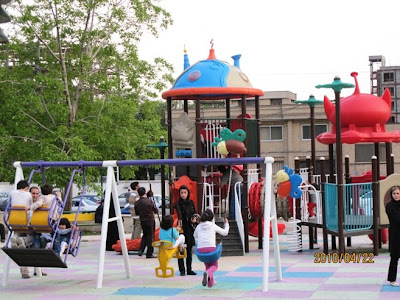 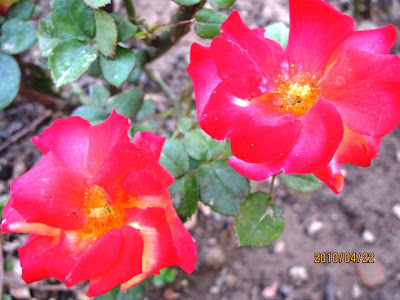 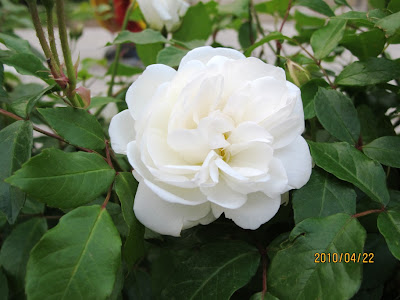 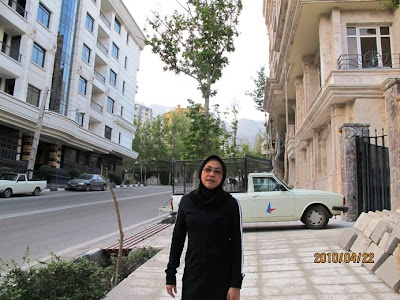 heading home after a day of moderate but well-worth exercises...
Posted by hamsare_mosafer at 11:50 AM