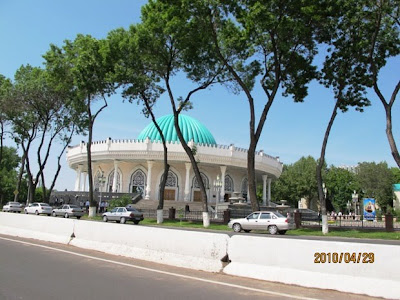 Salaam,
Other main attractions of Tashkent are its numerous historical monuments, madrasahs, mausoleums and museums. Talking about museums, they are just everywhere in the city. One of them that we managed to visit on our second day is the State Museum of Timurids' History.
Located on the north west side of Amir Temur square, the museum is the newest addition to the more than twenty other such establishments in Tashkent. Built in 1996 to commemorate Amir Temur's 660th anniversary, the magnificent museum is a great introduction to the epoch of the great commander, politician and founder of the empire and his legacy.
The museum has a collection of a good number of exhibits depicting Amir Temur's life and his impact in creating the biggest Timurid state in the 14th - 15th century. Among his descendants, there were such great peoples as the excellent scientist, astrologers, magnificent poets, and the historian and founder of the Boburids state (Great Mogols) in India.
A worthwhile place to indulge in the great and legendary history of Uzbekistan and indeed the the region of Central Asia.
Wassalam. 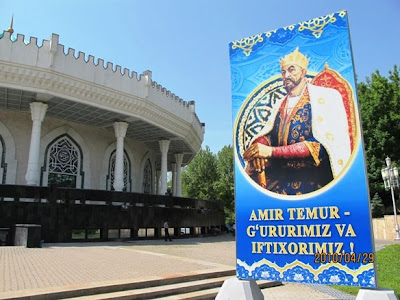 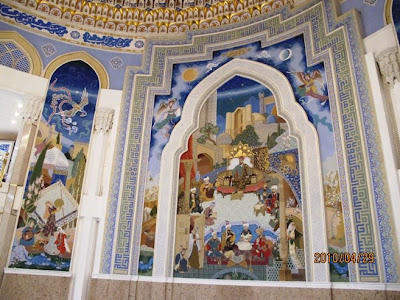 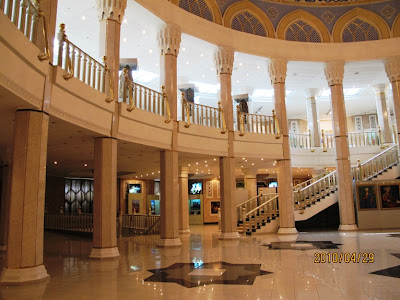 and marvellous marble and granite finishings... 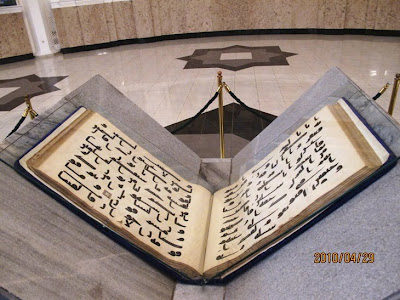 replica of the Usmani Qor'an 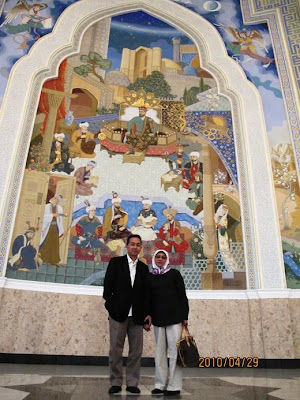 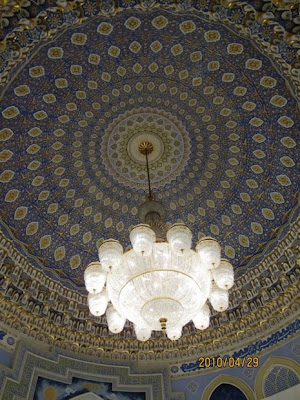 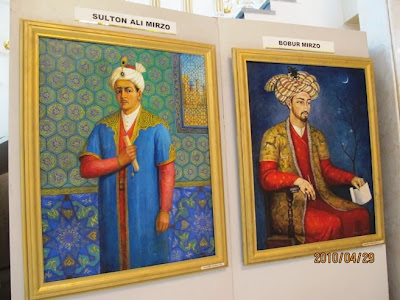 descendants of the great ruler... 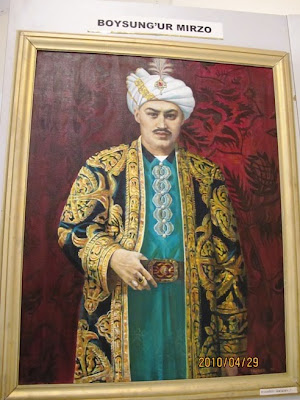 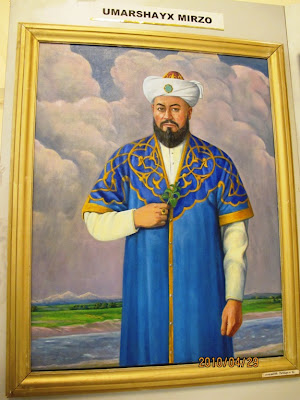 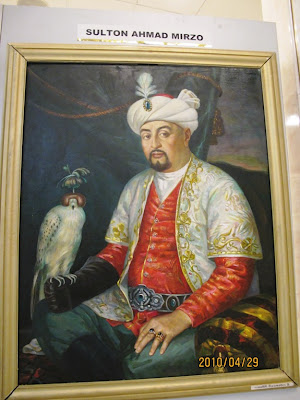 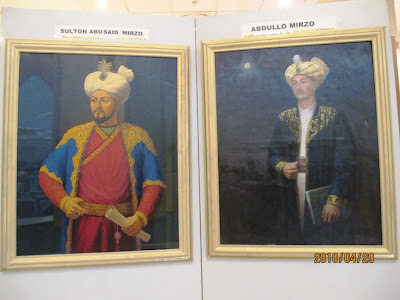 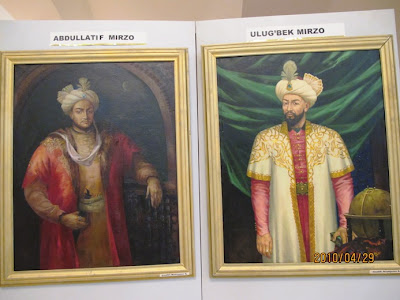 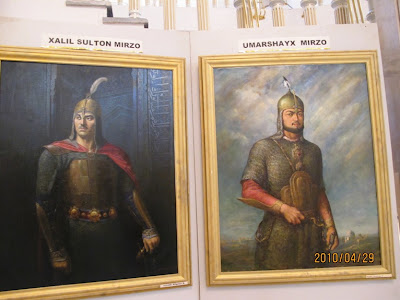 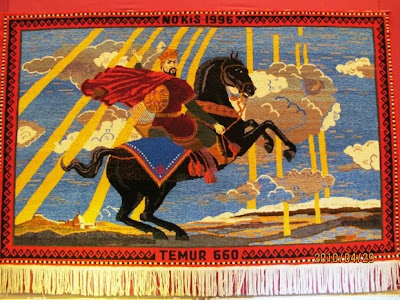 also known as Tamerlane in the West... 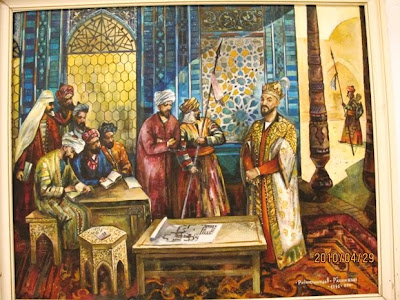 and a avid patron of science 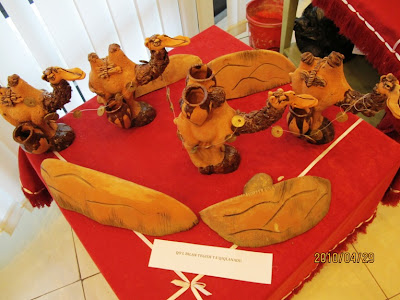 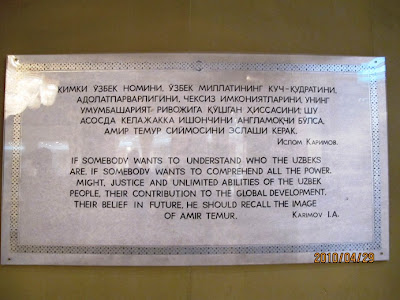 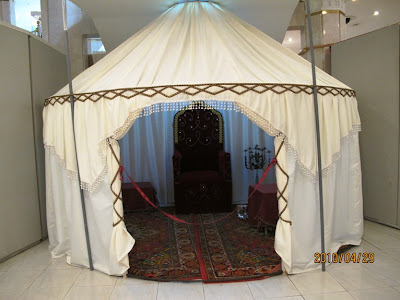 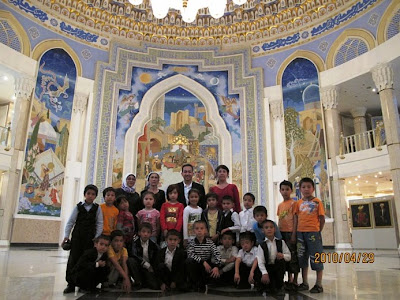 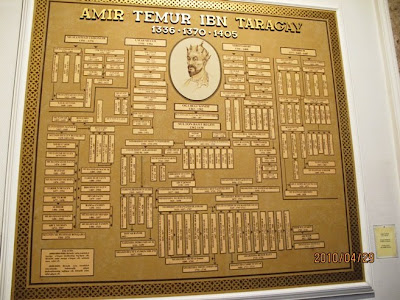 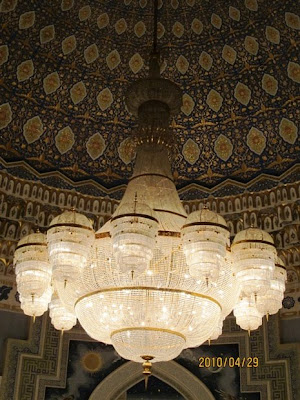 the main chandelier with a weight of 2.7 tons 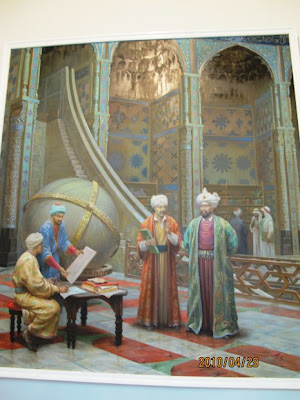 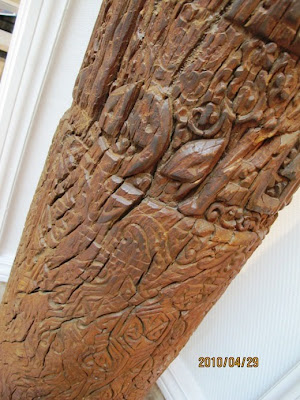 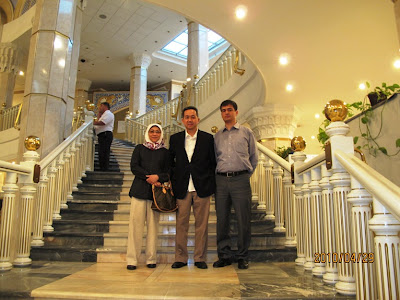 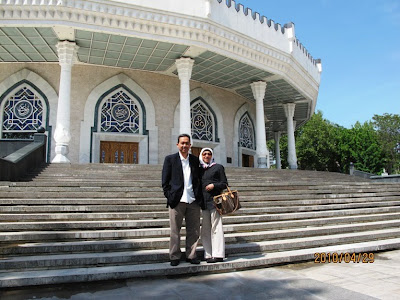 Posted by hamsare_mosafer at 12:56 PM