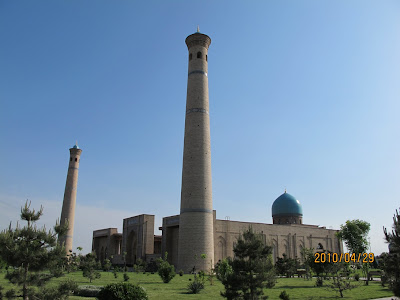 Salaam,
Hasti Imom or Hazrati Imam Complex is one of the ancient religious squares in Tashkent and indeed one of the most important centers of Islamic culture in Uzbekistan for more than a thousand years. The complex received its name of 'Hasti Imom' or Saint Imam after the first imam and sacred mentor of Islam in Tashkent, Abubakr Muhammad Kaffal ash-Shash.
Among the main historical monuments found in the complex are the Mausoleum of Kaffal-ash-Shashi, Madrasah of Barak-khan, the Namazgoh mosque, the 'Tilla Sheikh' mosque and the Museum of the Usmani Qoran.
When Tashkent was proclaimed as the capital of the Islamic cultural world by ISESCO in 2007, various reconstruction works were made within the Hasti Imom complex, including the Imam mosque and the holy Qoran museum in 2007.
Perhaps one of the amazing monuments of medieval architecture in the square is the barak-khan Madrasah. Built between the 15th and 16th century by Suyundj-khan and later by his son Barak-khan (the first Tashkent ruler from Uzbek dynasty of Sheybanids), its construction is unique and different from the traditional buildings of this type found in the complex.
Today, the madrasah occupies the territory of a new, specially-built construction and the premises of cultural arts and handicrafts of the nation. It still remains as one of the many great tourist attractions of the city, particularly for those discerning collectors of Uzbekistan's art and antiquities.
Wassalam. 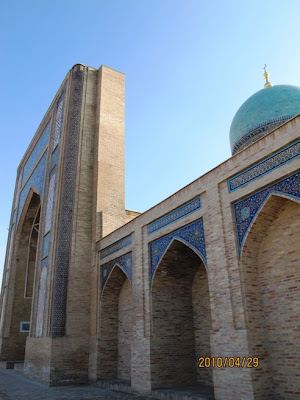 entrance to and front facade of the hazrati Imom mosque... 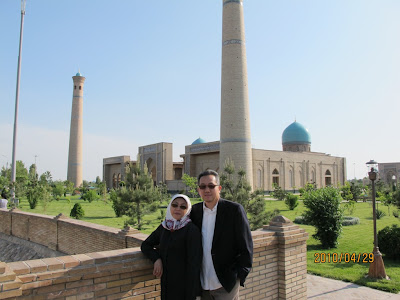 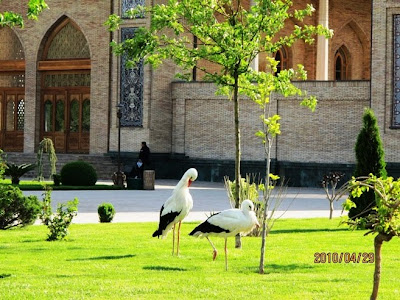 a beautiful pair of swan in the front garden of the complex... 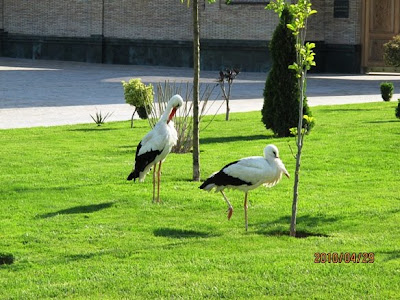 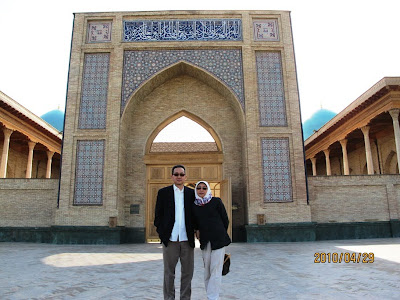 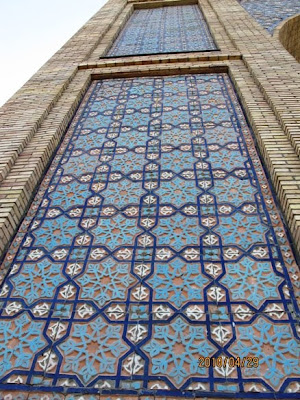 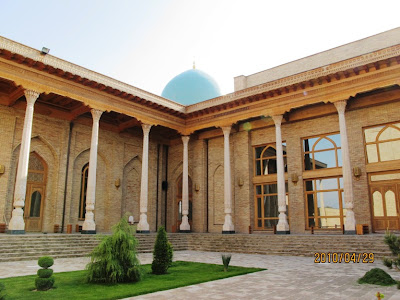 interior of the mosque 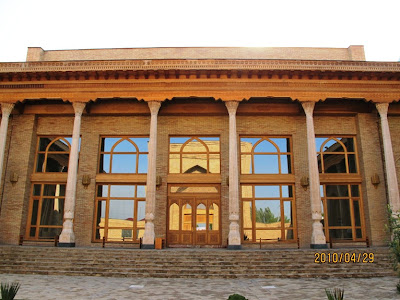 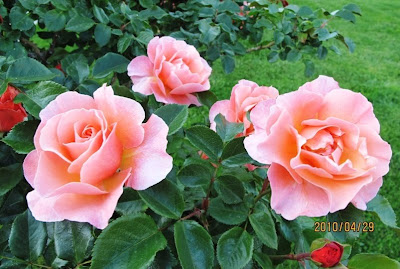 roses in the front garden... 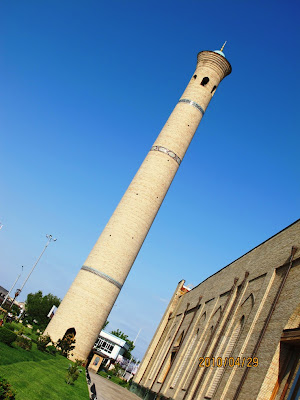 one of the two main minarets 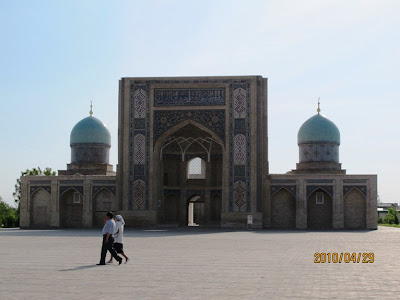 the most imposing view of the Barak-khan madrasah 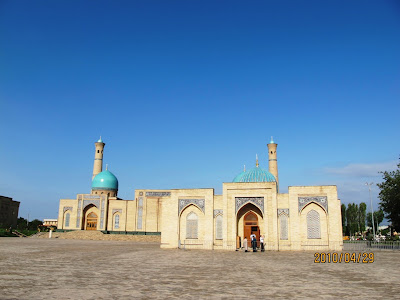 view of the museum of the holy Usmani Qoran , brought from Samarqand... 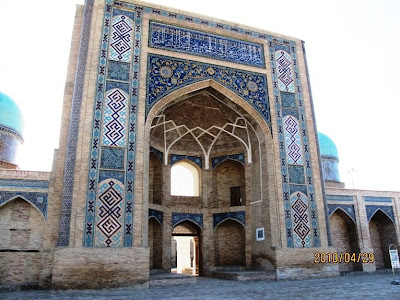 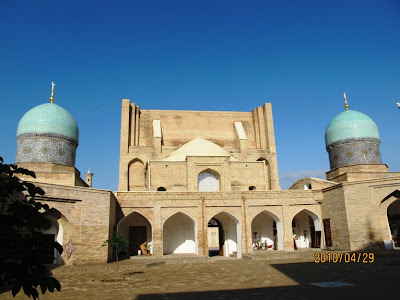 interior of the madrasah... 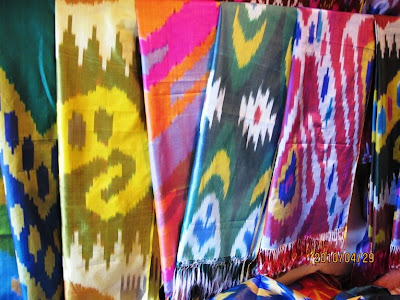 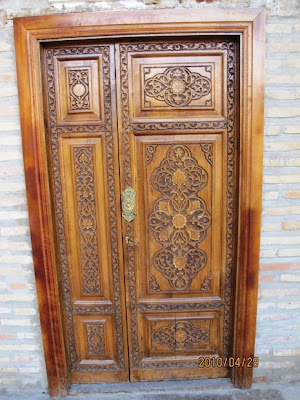 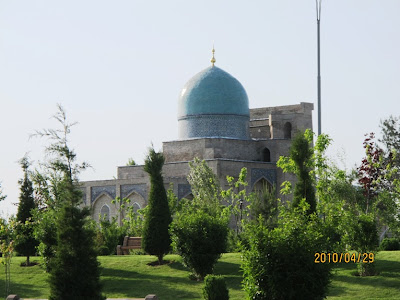 Mausoleum of Kaffal ash-shashi, above the grave of the imom, constructed in 1541 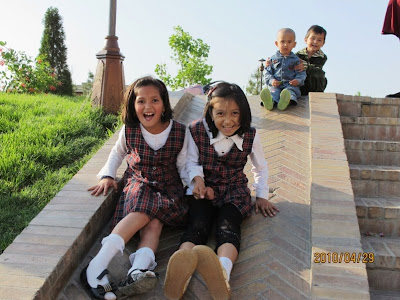 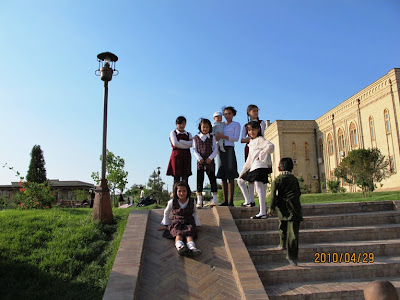 enjoying their evening leisure time at the complex
Posted by hamsare_mosafer at 12:32 PM