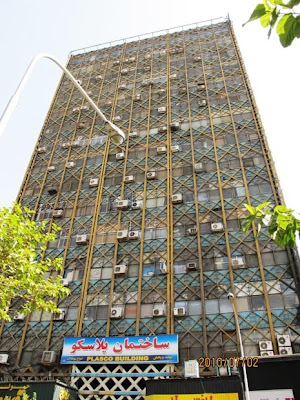 Plasco Building on Jomhouri Avenue
Salaam,
Plasco Building...saw this high rise complex as we walked along the popular Jomhouri Avenue after visiting the Jomeh bazaar yesterday morning. Nothing special about it until we were told about its rather impressive background history. Built in 1964, this sixteen storey building apparently was the first largest multiplex shopping centre of Iran...and the tallest building of the city during those years. During its heydays, people used to go up to the roof top to get a panoramic and bird's eye-view of the city. It was also the first steel skeleton construction ever built by a famous Iranian engineer and foreign designers...hence the symbol of steel skeleton buildings of Iran.
Today, Iranian and Tehranis in particular still remember the sweet memory of this building as the first trading centre, with the bitter smell of its Turkish coffee, even in the midst of the congested traffic of the city, as they pass by this memorable avenue.
Wassalam. 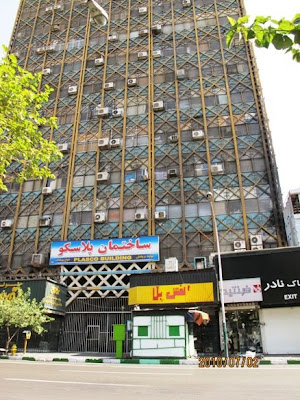 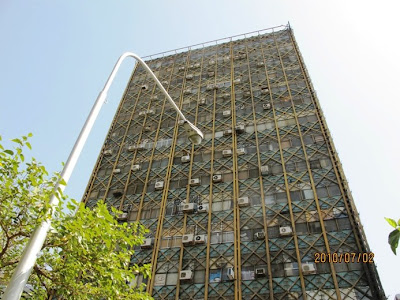 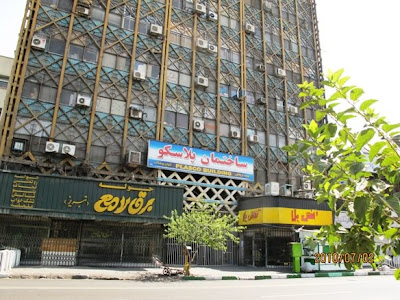 Posted by hamsare_mosafer at 11:58 AM