The Lors of Lorestan

On our way to Khorram Abad on the second day, our convoy passed through the vast countryside along the winding road of Chaghalvandi and stopped by at a mountain village of Kakareza, some 25 km north of the city. We were warmly welcomed by some womenfolk of the Lors tribe in full and vibrant colors of their traditional costumes and ornaments.
Throughout the day, we were shown with various aspects of their nomadic life as shepherds and farmers. About half of the Lors in the province are shepherds. They live as nomads, travelling 6 – 8 months out of the year and living in black goat-hair tents. They only live in permanent dwellings for a few months during the winter season.
According to their history, the Lors who inhabited Lorestan province are thought to be the descendents of the Aryan tribes. They speak the Lori language, a dialect closely related to Farsi. In Lorestan there are many tribes who live in the Zagros Mountains, using the rich pasture. At present, there are about 17,000 nomadic households scattered all over the territory. The vast majority of this tribe, including the Lors at Kakareza village, had been settled in towns and villages throughout the province since the mid-nineteen eighties, but some had migrated to major urban centers. The overwhelming majority of this tribe is Shia Muslims. 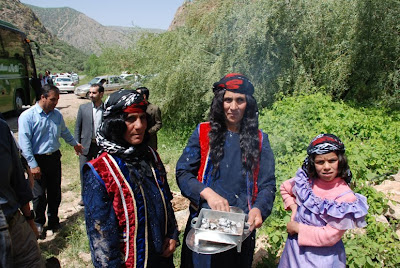 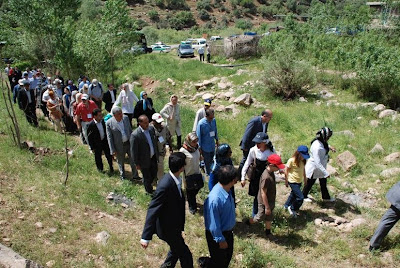 heading towards the land of the Lors... 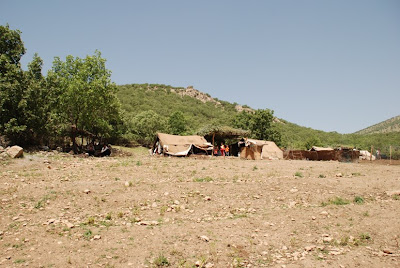 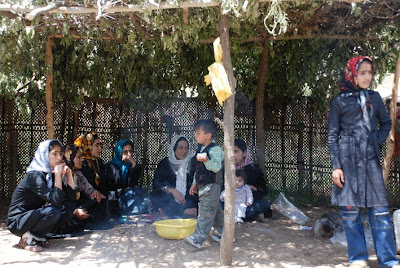 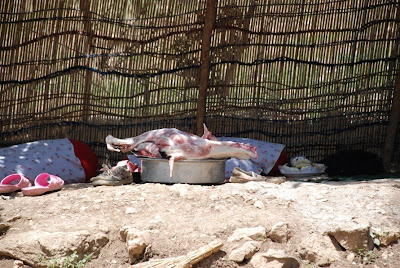 lamb for the day's lunch 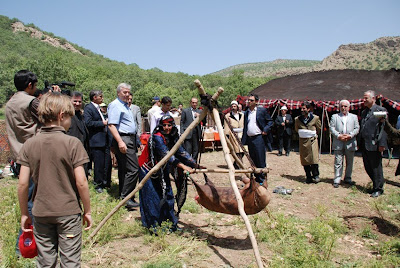 a masqeh...traditional method of making doug, a favorite drink made of
sheep milk 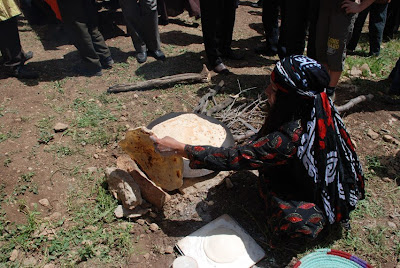 making a 'towi' bread, baked on a pan 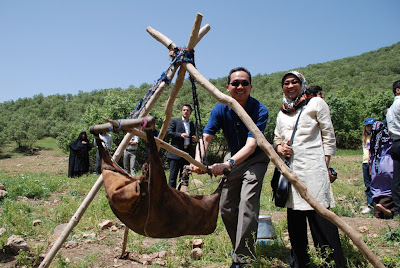 trying a hand at making a doug 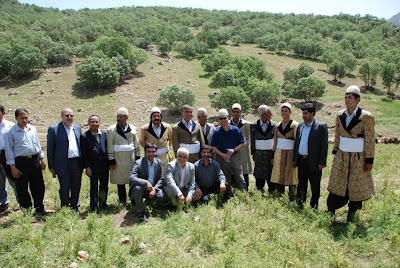 the Lors of Kakareza village 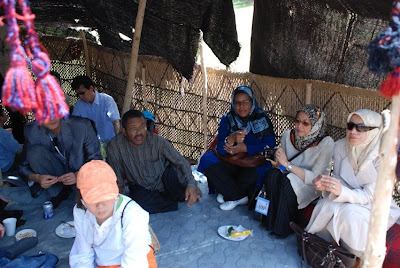 guests relaxing in a makeshift tent 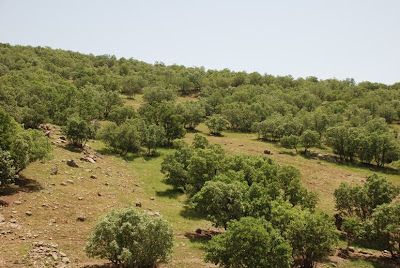 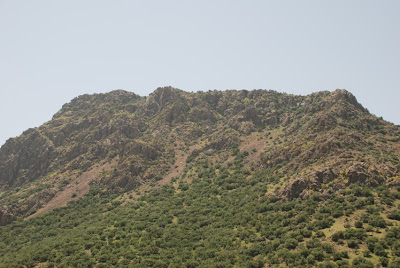 grazing ground of the Lors shepherds 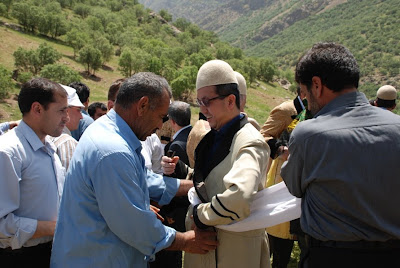 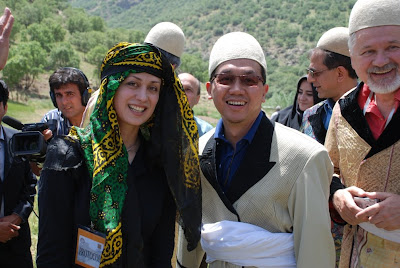 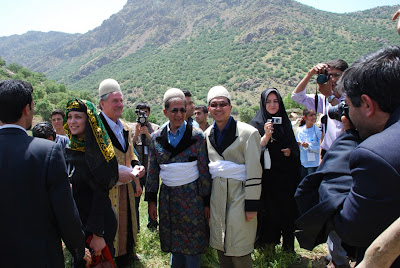 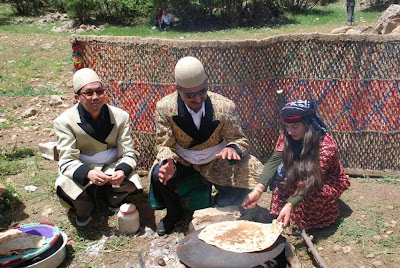 learning to bake the towi 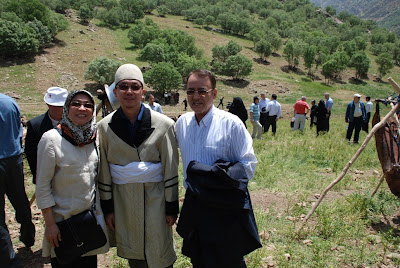 with our good friend, Alizadeh, himself a Lors from Borujerd 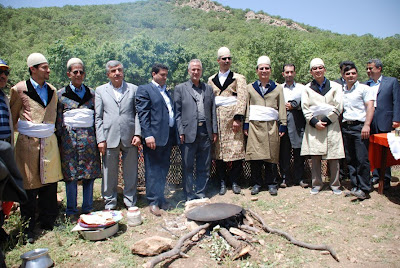 queuing up for the bread... 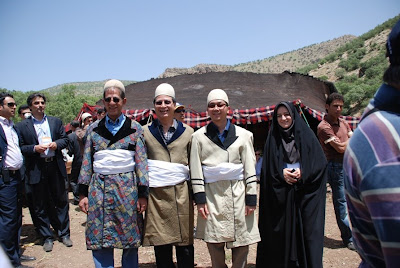 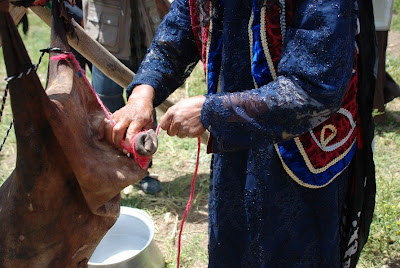 untying the masqeh (sheepskin) to pour out the doug 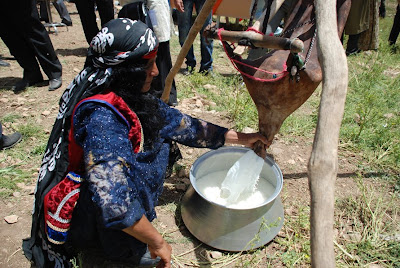 doug made from sheep milk 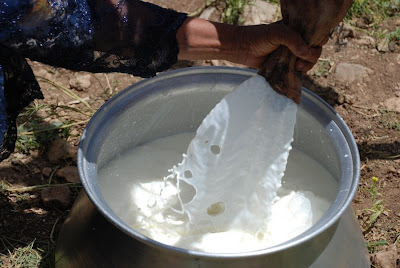 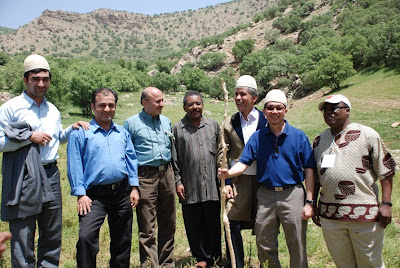 a group of foreign shepherds 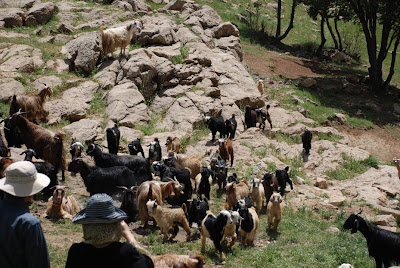 sheeps and baby sheeps of all shapes everywhere 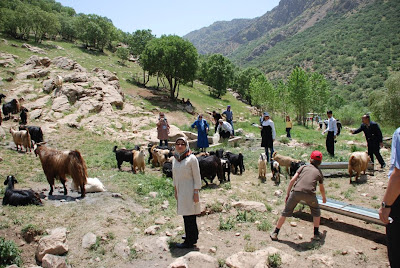 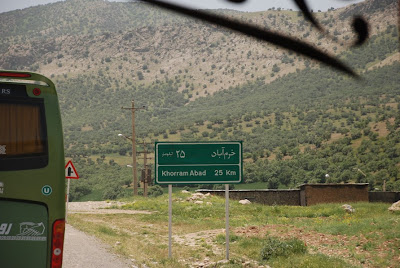 off to the provincial capital city...
Posted by hamsare_mosafer at 12:56 PM