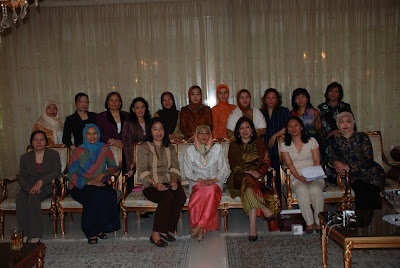 ALC patrons, committee and members 2009
Salaam,
The ASEAN Ladies Circle (ALC) of Tehran held its May Coffee Morning at 10.00am today. It was my turn to host this monthly activity at our North Kamraniyeh residence.
As usual, the morning session began with an opening remark by Ms Emelyn Cosino, the outgoing ALC president.
It was also an occasion to introduce and welcome two new comers to the group, namely Mrs. Siti Timah (Malaysia) and Ibu Luki Wusono Setiawan (Indonesia). And as a customary gesture, birthday girls for the month of March and April were presented with birthday gifts from the ALC. Our good Thai friend and patron, Madam Sarapee who celebrated her birthday last April 29, was also one of the birthday birds. Mobarak basheh Khun Sarapee…
During the coffee morning, the ALC also held its election for a new set of office bearers for the year 2009. By a unanimous decision, it was agreed that Ibu Luki Wusono Setiawan of Indonesia is now elected as the new President of ALC for the 2009 session. In her acceptance speech, she obligingly accepted her new responsibility. Despite her being new here, she would endeavor to do her best and to give her full support and commitment to the group.
Other members of the 2009 ALC committee are: Mrs. Angkana Sirivat (Thailand) as Vice President; Mrs. Siti Timah (Malaysia) as Secretary; Ibu Fitri Hastuti (Indonesia) as Assistant Secretary; and Mrs. Emelyn Cosino (Philippines) as Treasurer. Mrs Hajah Norsinawati (Brunei), Ibu Dewi (Indonesia), Mrs. Siti Timah (Malaysia), Mrs. Virgie Oblad (Philippines) Mrs. Issary Berananda (Thailand) and Mrs. Nguyen Thi Su (Vietnam) will be the ALC coordinators for their respective embassies.
Later on, to brighten up the occasion, as usual, the emcee announced the much-awaited winning numbers for the morning’s raffle tickets.
Special program of the day was a cooking demonstration on how to bake a fruit cake by the host. Copies of the recipe were also distributed. While waiting for the cake to bake, all the ladies were ushered to savor and relish the culinary delights of Brunei at the buffet table.
After three and a half-month hiatus, it was a great pleasure meeting and seeing each and every one in high spirit once again. A successful election, a wonderful ‘catching up’ session, and a delightful and entertaining get-together for all ALC-ians indeed.
Kheyli motashakkeram va khodahafez… 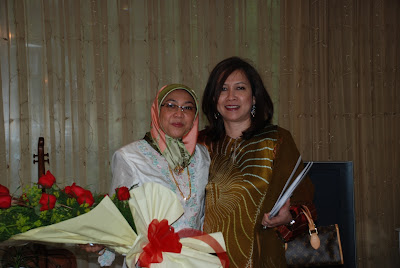 A bouquet for the hostess... 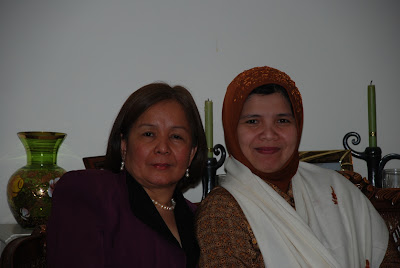 our Philippines and Indonesian members 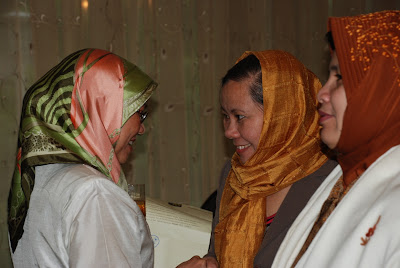 arrival of our Vietnamese colleague 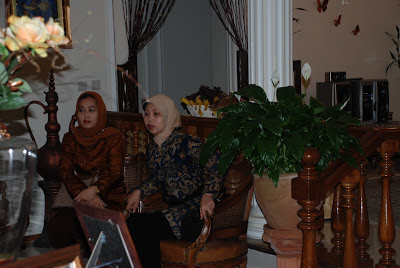 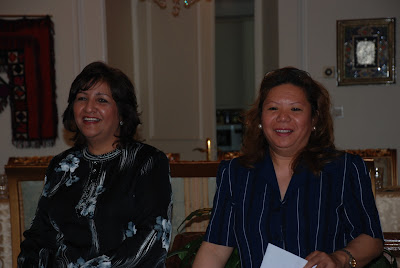 our hardworking emcees of the day 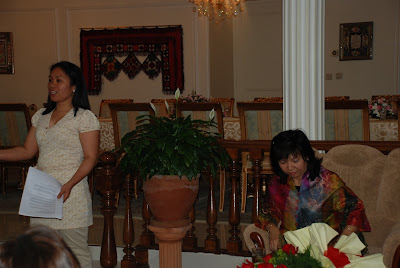 departing speech from the outgoing president... 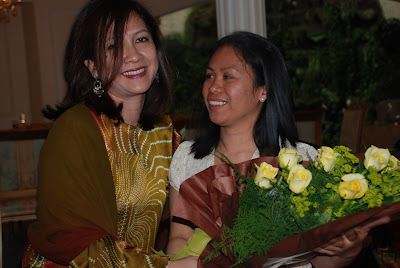 ... and a gesture of appreciation from the Malaysian patron 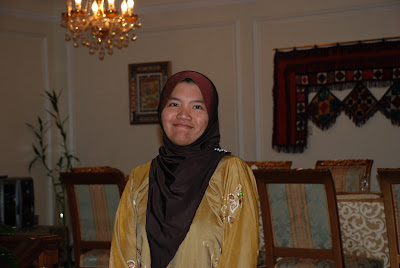 a new comer from Malaysia introducing herself... 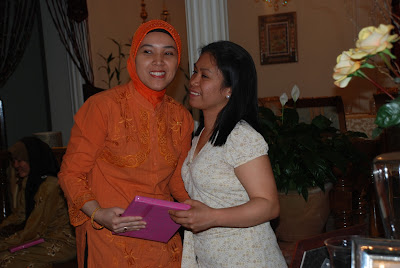 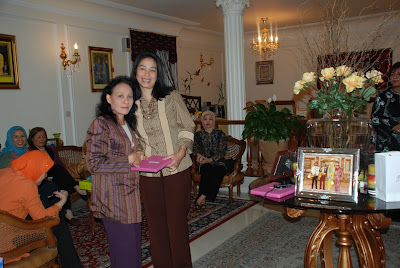 another birthday girl from Thailand... 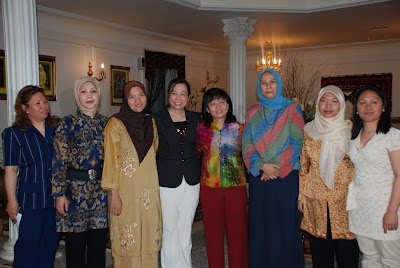 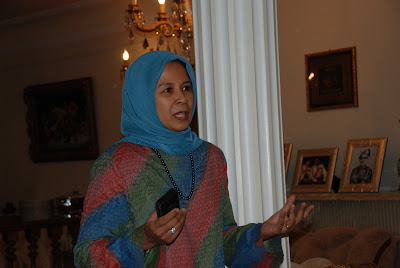 acceptance speech from the new president 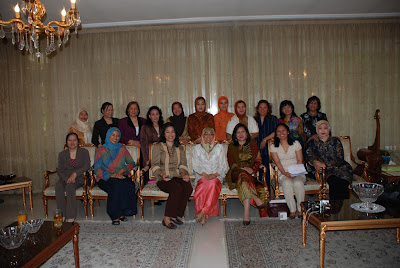 best wishes and more success for all ALC members 2009 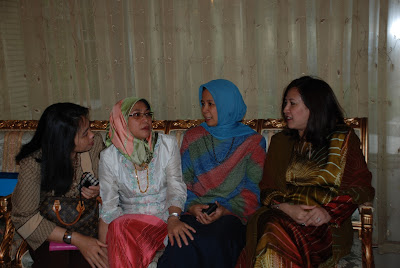 the new ALC president ... words of wisdom and advices from the patrons 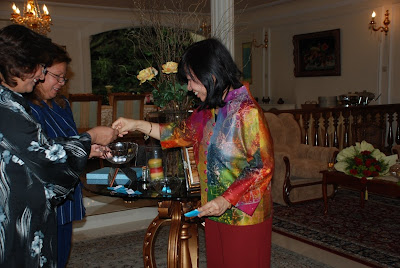 one lucky winner from Thailand 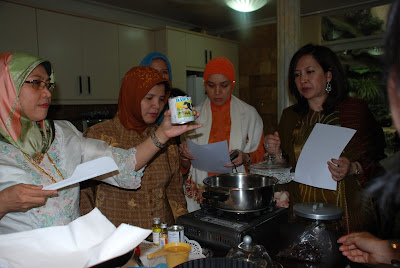 cooking demonstration from the hostess 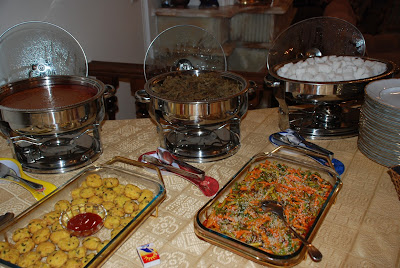 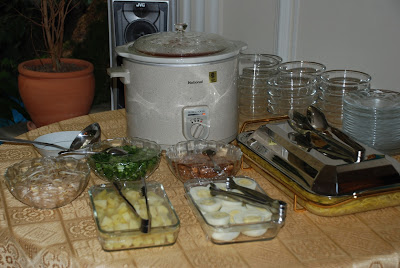 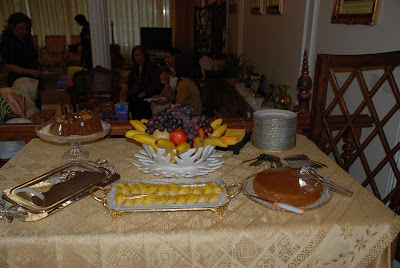 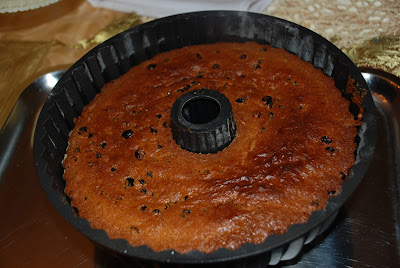 fruit cakes...fresh from the oven 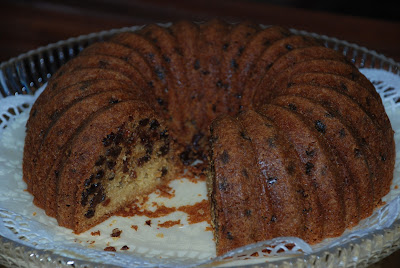 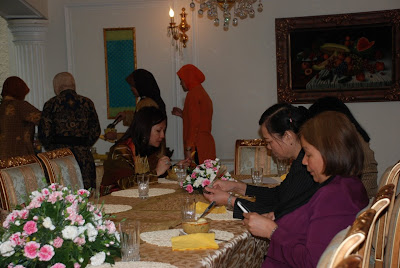 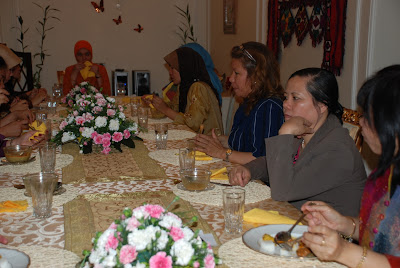 and main course for some 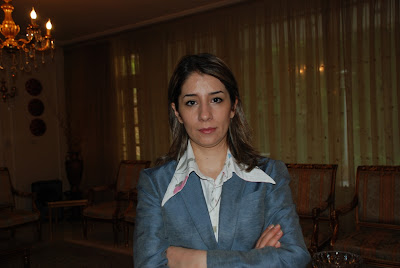 and the lady behind the lens...khanoum moghadam
(Photography - Nikon D80)
Posted by hamsare_mosafer at 9:11 AM