Museum of War...
Salaam,
The Museum of War located near the Avicenna university's faculty of science and medicine, is one of its kind in Hamedan and indeed Iran showcasing the stories, illustrations and depictions of the eight year Iran-Iraq war of the 1980s. The site was originally an underground hospital used during the height of the war and have since been converted into an impressive collections and displays of the war.
A very worthwhile place to visit and to learn more in depth about how the country and particularly the city endured the hardship and spoils of war, as one of the cities located nearer to the war front.
Wassalam. 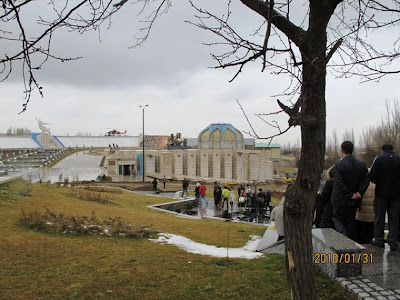 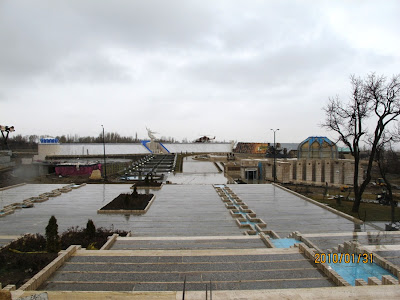 exterior of the complex 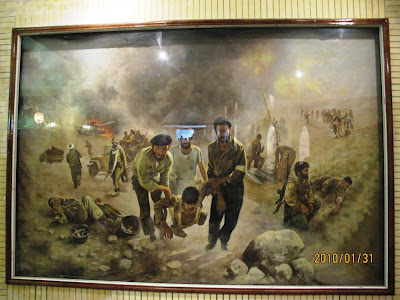 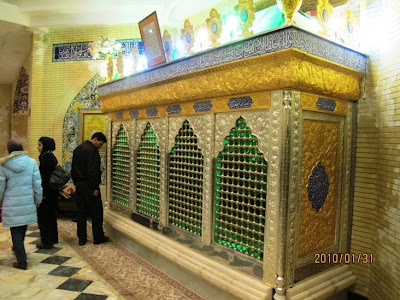 tomb of an unknown soldier 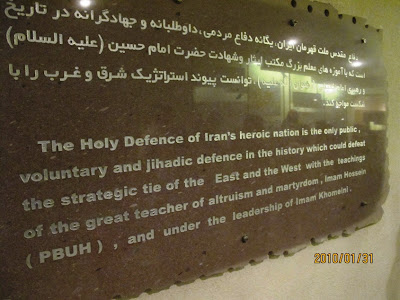 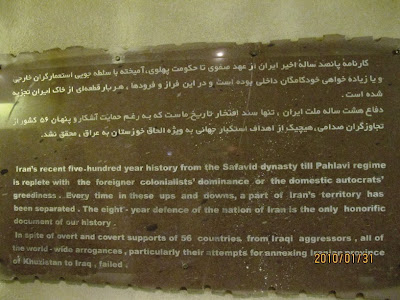 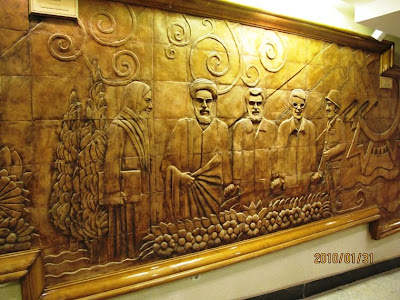 mural sculpture along the main corridor... 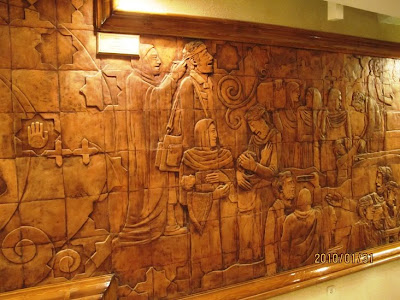 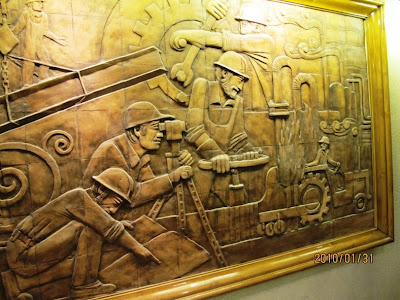 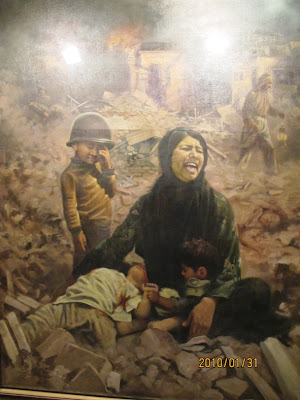 one of the sad episodes of the war 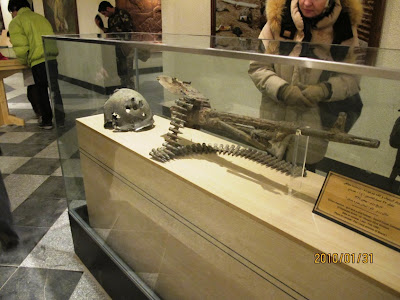 Grinov machine gun and a shot helmet of a Guard Corp from
Ansar-ul Hossein 32nd Div. (Jan-Feb 1986) obtained from Basra 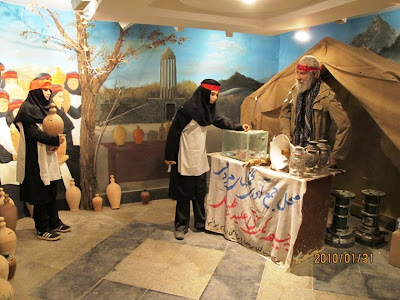 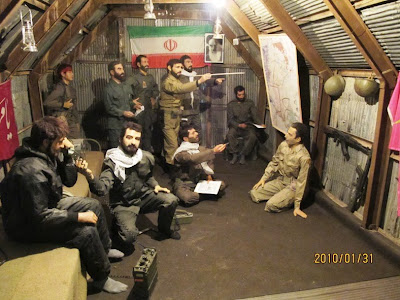 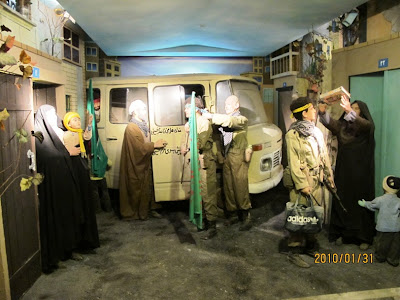 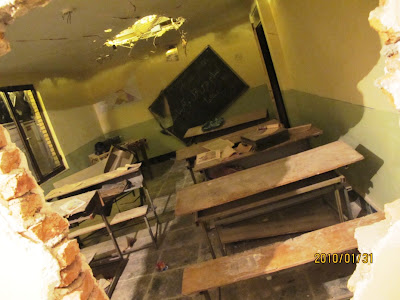 scene of a bombarded classroom... 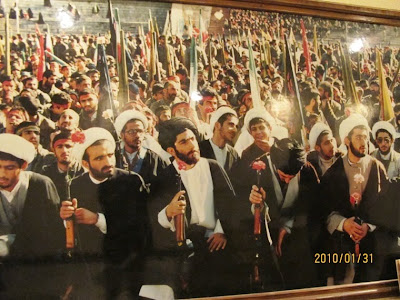 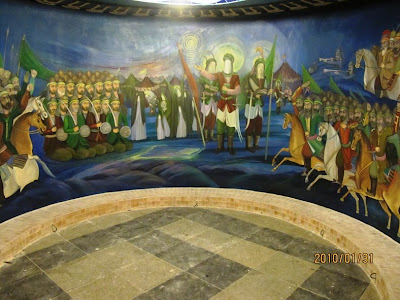 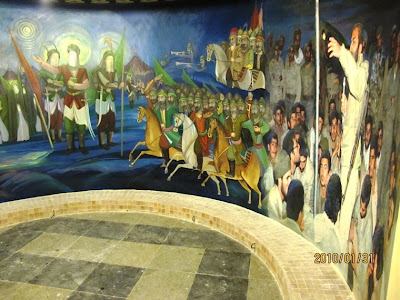 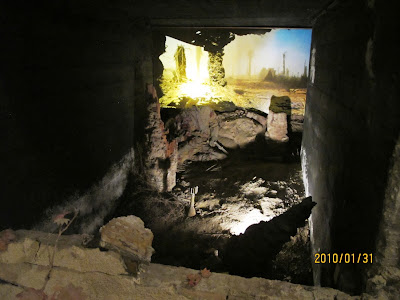 battle scene in the cities 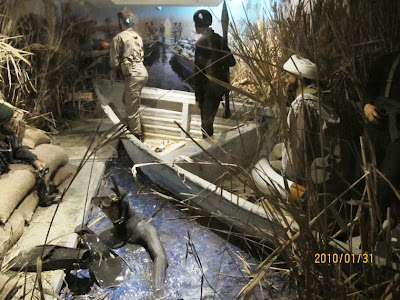 and in the marshlands... 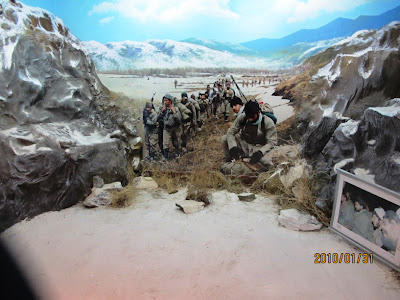 and in the cold mountain ranges 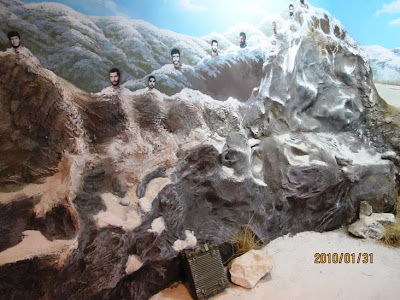 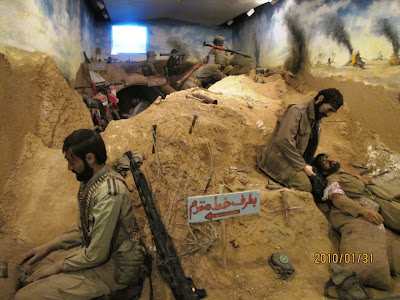 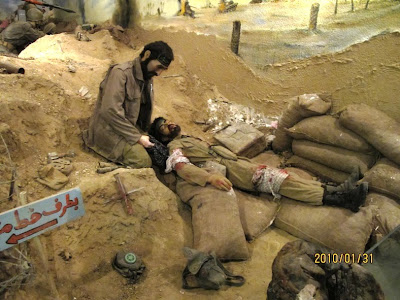 the injured and the dying 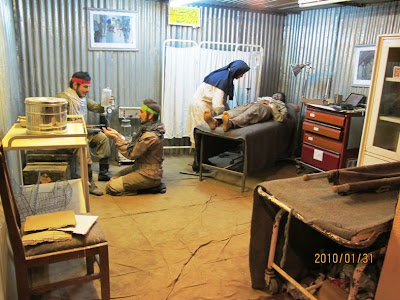 makeshift hospital...attending to the injured 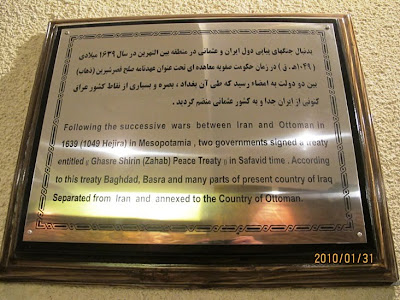 Posted by hamsare_mosafer at 10:17 AM