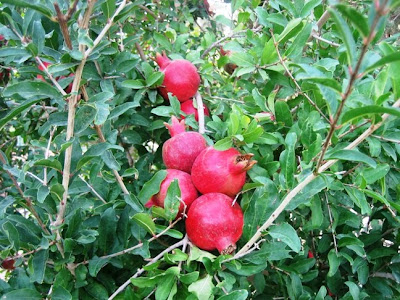 ...pomegranates grow in the gardens of paradise...(the Quran 55:068)
Salaam,
Pomegranate or "Anar" in Persian is native to the region and the Himalayan ranges of India. It has been cultivated in Iran, Pakistan, North India, the Caucasus and the Mediterranean region since ancient times.
In Iran, pomegranate is grown in nearly all over the country except in the Hamedan province. With thousands of hectares of 'pomegranate gardens' makes Iran as the biggest producer country of the fruit in the world.
According to official report, there are about 760 different varieties of pomegranate have been recognized in Iran. From a very sour to very sweet in taste and from white, yellow, pink, red, purple and even black in colour. The black pomegranates are almost rare and more expensive than others since it is a natural medicine for throat and lung's diseases.
One could find different type of pomegranate all over Iran, but the most famous place for this fruit is Saveh, a small town about 100 kilometer south of Tehran. Neyriz, another small town near Shiraz in the south and as well as in Yazd province are also famous for this fruits. Saveh is known as the pomegranate land in Iran, while the best quality pomegranate of Neyriz called 'Rabab' is also considered as one of the best varieties too.
Iranian prefers to eat sweet and thin skinned pomegranate. Most also prefers to make it into syrup and juice. The taste differs depending on its species and ripeness. It is widely claimed that pomegranate juice provides about 16% of an adult's daily vitamin C requirement, as well as a good source of vitamin B. Pomegranates are also listed as having high-fiber contained entirely in its seeds.
As with many other fruits and vegetables, many earlier studies had claimed potentials health benefits derived from consuming pomegranates. Last year, for instance, 20 clinical trials examined effects of pomegranate extracts or juice consumption on several diseases such as prostate cancer, diabetes, lymphoma, common cold, coronary artery disease, infant brain injury, hemodialysis for kidney disease and breast cancer.
Talking about diseases, and breast cancer in particular, and still on the subject of pomegranate though, I happened to come across an article this morning sourced from The Telegraph, entitled "Prevent Breast Cancer by eating Pomegranates." So, I thought it would be beneficial to share this small but probably useful information with all dear readers...
Quote:
Prevent Breast Cancer by eating Pomegranates...
Eating pomegranates could reduce the risk of breast cancer, researchers have said.
Scientists have found chemicals in the fruit being hailed as a superfood after the launch of several juice drinks play a key role in blocking the growth of breast cancer, Telegraph reported.
The study may lead to new drugs to prevent cancer and researchers said eating more of the fruit may be beneficial.
Tests in the lab have found that the chemicals called ellagitannins block the production of estrogen that can fuel the growth of cancer cells.
Experts said it is unclear how much of the chemicals would be required to have an effect in humans and it may not be possible to gain enough from diet alone.
Prof. Gary Stoner, professor in the Department of Internal Medicine at Ohio State University, said that "relatively high levels of ellagitannin compounds" were needed in the study to have an effect.
"It's not clear that these levels could be achieved in animals or in humans because the ellagitannins are not well absorbed into blood when provided in the diet," he said.
He said the findings were promising enough to warrant further studies with pomegranates.
Prof. Stoner added that people might consider consuming more pomegranates to protect against cancer development in the breast and perhaps in other tissues and organs.
Unquote.
Wallahu'a'lam biassawab... Wassalam. 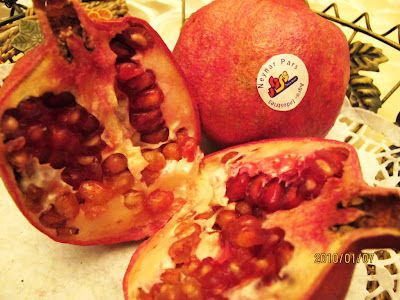 Iran...well known for its excellent pomegranates 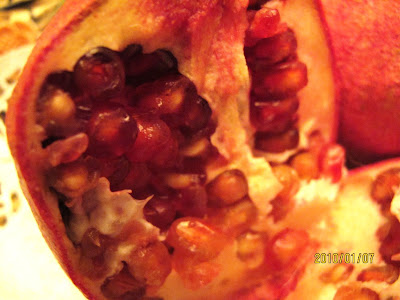 from sour to very sweet taste... 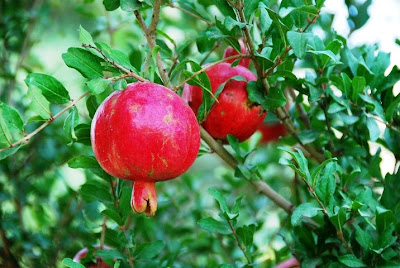 an ancient fruit...
Posted by hamsare_mosafer at 8:56 AM