Salaam,
When hubby was assigned to New York for a three month attachment with the Malaysian delegation to the 38th UNGA in September 1983, I thought at that time it was indeed an occasion not to be missed out. It was in fact my first stint abroad (before our KL posting) to be far away from home for months.
Well, I didn't regret it at all, after all I have not been able to revisit the awesome and beautiful city eversince. Three months of stay in the 'big apple' was such a fulfilling and worthwhile moment to savour...to experience life in the big metroplis, the Empire State Building, the WTC, Statue of Liberty, Macy, SFA and Bloomingdales, the thanksgiving and not least the chilly winter and seeing the snow for the first time in NY and visiting other similarly beautiful cities of America.
Indeed it was also my first exposure and an eye-opener, then as an inexperienced trailing spouse, to attend various formal and informal diplomatic functions, and rubbing shoulders with more senior and seasoned diplomatic spouses, and being entertained at lunches and dinners throughout our stay with our host.
An invaluable 'hands-on' training and experience for me, which had greatly help to shape my/our diplomatic life and adventures eversince.
Wassalam. 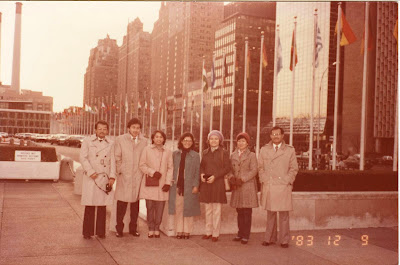 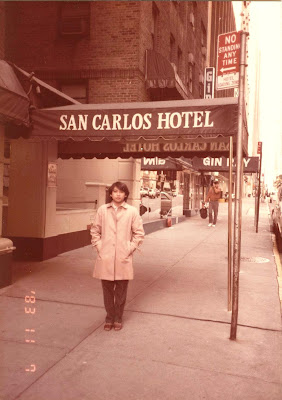 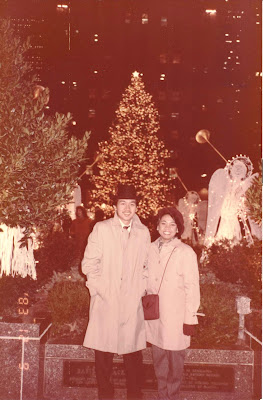 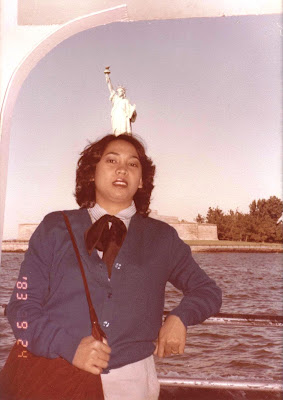 cruising along the Hudson river... 'protesting' or just posing in front of then Pres. Reagan's White House... 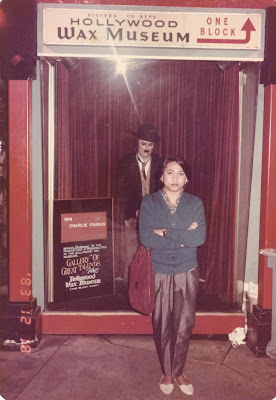 an evening in L.A.
Posted by hamsare_mosafer at 1:17 AM