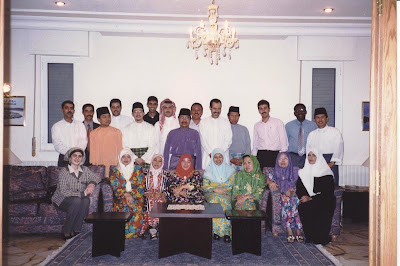 our Embassy staff and families

Our next diplomatic adventure took us to a rather least expected of all destinations...much further away from home than the previous two assignments.

I still remember when we landed in Amman in early March 1998, it was already late winter day but we could still felt the cold and chilling breeze of that early morning hours. And true enough, two days after that, Amman was all white, awashed in snow, a rarity for the capital which had only last seen the heavy downfall some ten years before that. And we were caught unprepared, with barely a few pieces of winter clothing in our baggages.
Jordan or officially the Hashemite Kingdom of Jordan, is a land steeped in history. It has been blessed with a rich religious history and hence has played a central role in the history of the ahl al-Kitab or People of the Book.
Jordan is a modern country yet its very name retains the unique baptismal aura of a holy river and a blessed land...a spiritual panorama of prophets, miracles, and human faith. It is also host to the tombs of many of the Prophet Muhammad SAW's companions, who were martyred and buried there. Indeed, Jordan has a special place in Islamic history, as the first territory to which Islam spread outside of the Arabian peninsula.
Amman, a sprawling city of around 1.5 million spreading over nineteen hills or 'jebels' in Arabic, is indeed an enchanting and picturesque capital from which most tourists and visitors like us, begins their exploration of the country. This ancient city, famed for its springs and citadel, itself offers numerous touristic attractions, from the Roman Theatre, Temple of Hercules, the Omayyad Palace, to the various souqs and old markets, art galleries and museums.

Despite hubby's relatively short (22 months) tour of duty in the country, it had nevertheless provided us excellent opportunity to explore and visit quite a number of historical places and holy sites...the southern Jordan River Valley, the Dead Sea plains, tombs of the Prophet's companions, ancient cities of Petra, Madaba, Jerash and Umm Qais, to name but a few.

The numerous trips and excursions to the land and river that have inspired prophets and formed the geographic and spiritual backdrop for God's covenants with mankind had indeed helped to rekindle our faith and commitment to the God Almighty.

Jordan is indeed a blessed land...an extension of the holy land by virtue of its geographical proximity to the Arabian Peninsula and Jerusalem, and its numerous holy sites . Should there be another similar opportunity to return to this beautiful country and people ever again, I for one would not hesitate to volunteer...to do so, as a trailing spouse, of course. 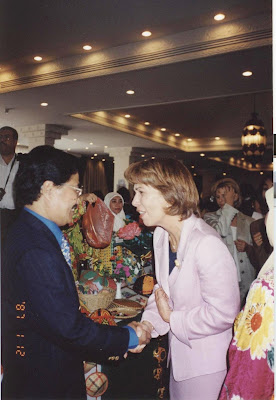 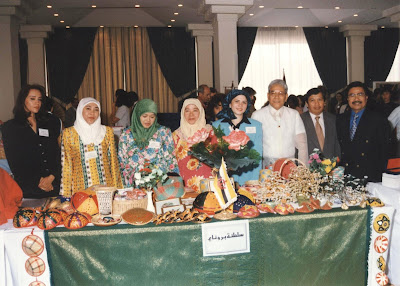 at an International Women Charity Bazaar in Amman 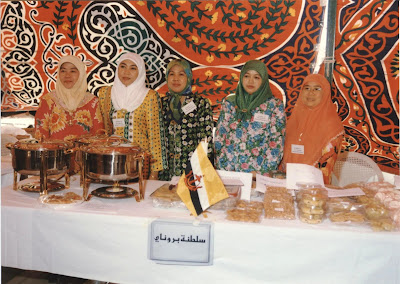 one of the two Brunei booths at the bazaar 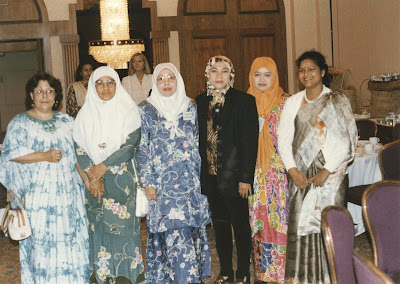 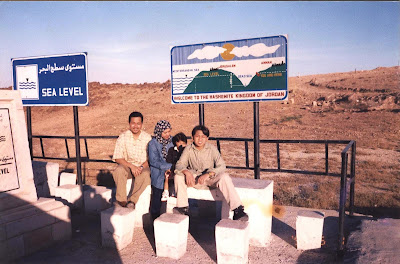 on our way to the lowest point on earth...the Dead Sea 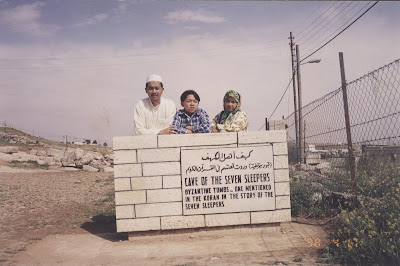 'Cave of the Seven Sleepers' on the outskirts of Amman 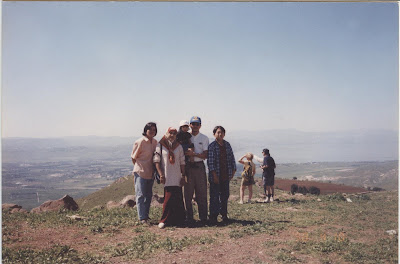 Umm Qais (Gadara), a Greco-Roman town on a hillside of northern Jordan,
with a sweeping view of Lake Tiberias and the Golan Heights... 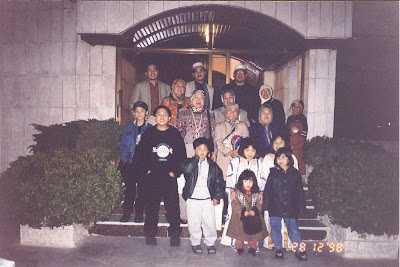 a family visit from Brunei ... 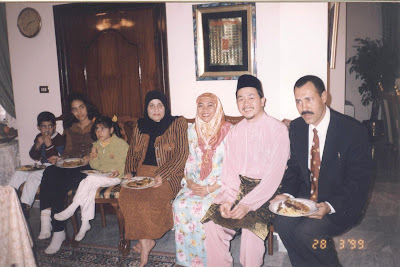 entertaining our Jordanian guests at our Eid Adha 'open house'... 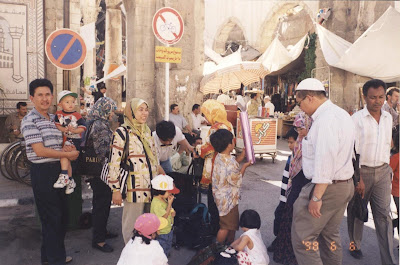 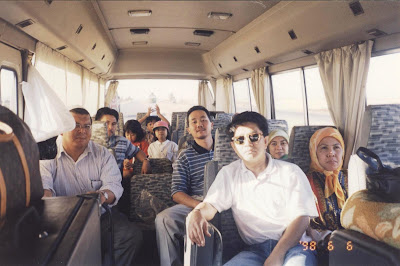 on our bus ride from Syria to Jordan...
Posted by hamsare_mosafer at 6:44 AM