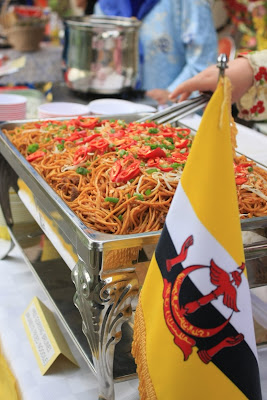 Salaam,
In conjunction with the 41st anniversary of ASEAN, the ASEAN Ladies Circle (ALC), in cooperation with the ASEAN Sports and Cultural Committee (ASCC) of Tehran, organized an ASEAN Noodle Festival on Tuesday, 26 August, 2008. It was held at the chancery/residence of the Embassy of Thailand. All six ASEAN missions in Tehran (Brunei Darussalam, Indonesia, Malaysia, Philippines, Thailand and Vietnam) participated in the festival, held for the very first time in Tehran.
The guest of honor at the festival was Madame Sheikh Attar, wife of the then First Deputy Foreign Minister of the Islamic Republic of Iran, who was also kind enough to perform the ribbon cutting ceremony, together with the ASEAN patrons.
The festival was aimed at introducing exquisite variety of ASEAN cuisine, in particular noodles. During the festival an exciting and exotic array of tempting noodles cooked in a variety of styles prepared by all the six member countries were displayed and served to the invited guests and Iranian visitors. On our part, the Embassy also prepared and presented two kinds of noodle, namely the ‘Bruneian Fried Noodles’, and ‘Mee Hoon Soto’ or Beef Vermicelli Noodle Soup.
During the festival, the ‘ASEAN Noodles Recipe Book’ was also published and available for sale as a promotion of our noodles.
Apart from noodles, other food items and handicrafts were also on display and for sale. Raffles prizes for lucky winners from several local sponsors of the event were also held. Besides ASEAN, the festival was also well-attended by invited guests from other diplomatic missions and their families, as well as Iranian friends. It was indeed a very successful evening, many thanks and appreciation to all members of ALC and ASCC Tehran for their supports and enthusiasm.
So, as Hjh Norsinawati suggested in the recipe book, no matter where we are in the world, we could create the tastes of Brunei in our own home with masterful mix of some fairly basic ingredients, plus a little bit of creativity…!!
Wassalam. 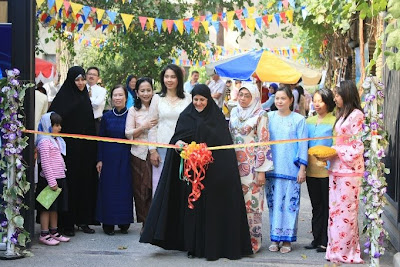 Ribbon cutting by Guest of Honor 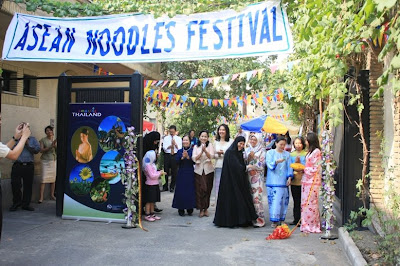 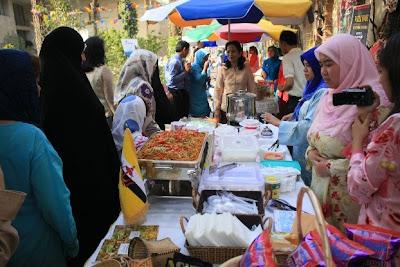 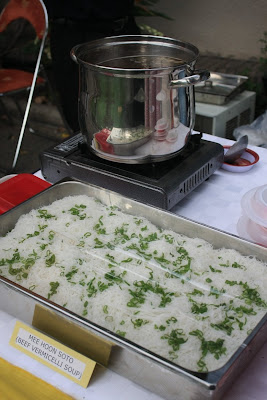 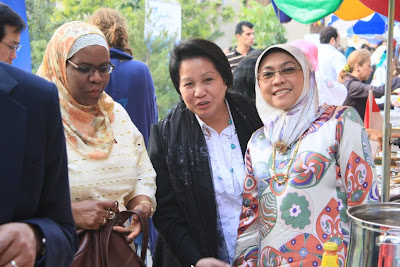 Can we have a second helping, please? 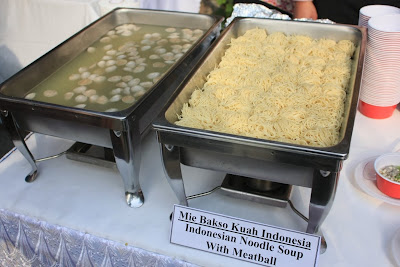 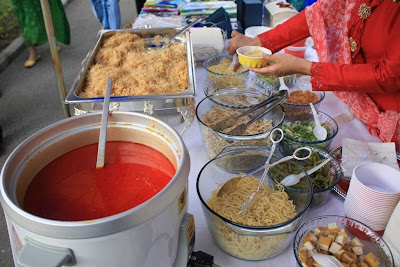 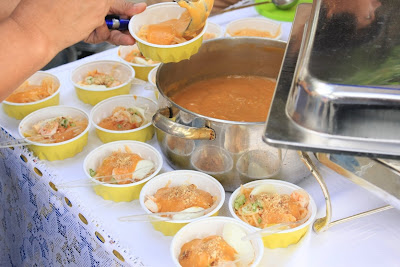 Pansit Palabok from the Philippines... 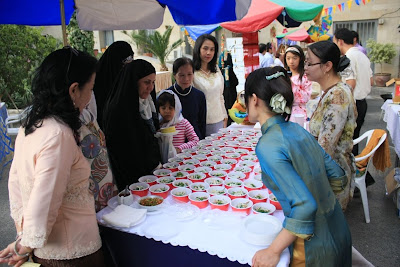 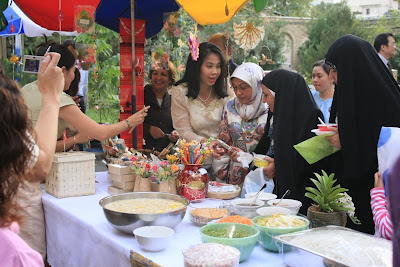 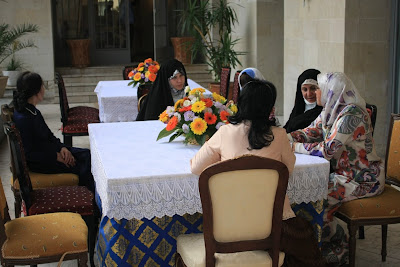 ASEAN spouses with the Guest of Honor 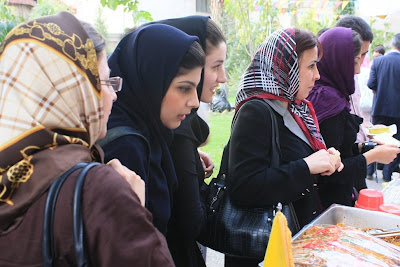 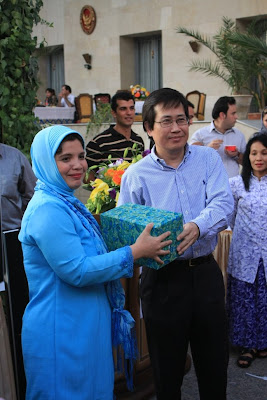 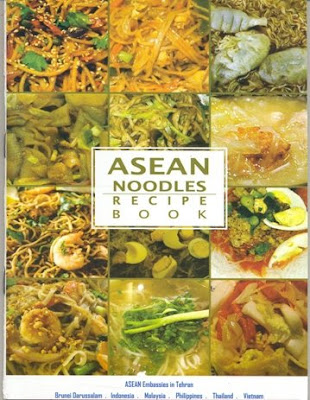 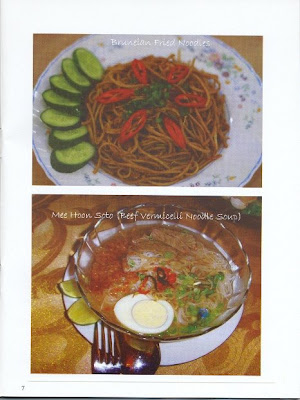