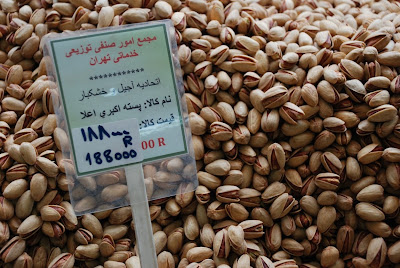 Salaam,
It is believed that the first edible nut was in fact the Pistachio. Pistachio tree and its source of origin had most likely come from the Middle East or Asia. The places that it grew (wildly) were customarily in desert regions. Pistachio even had a romantic implication: lovers would meet under the tree under the moonlight and listen to the cracking of the nuts…a sign of a prosperous future.
Iran is known to be the main producer of pistachios in the world, whilst also having the best class of pistachio available. Its volume of production would at times reach even more than 200 thousand tons every year, depending on the season. The process of growing them is quite a delicate one, needing much care, attention, maintenance and know-how.
So besides carpets, saffron and caviar, pistachios have always been the prime non-oil export product of Iran. Pistachio cultivation in Iran can be said to be one of the oldest, having grown in the country for many centuries. Iranian pistachios are considered to be the world’s finest nuts. This is not only due to their delectable and unprecedented taste, but also to the fact that they are rated as the first in the world in terms of production.
The southeastern province of Kerman, which we had the opportunity to visit in May 2007, is known to be the largest pistachio producing province in Iran and the world. About 79% of the pistachio product of Iran originated from this province. Rafsanjan – the home town of former President Aliakhbar Hashemi Rafsanjani, and its surrounding region is the main pistachio growing area in the province. Here the pistachio orchids spread throughout the whole city. However, the provinces of Yazd and Khorasan are also other major growing areas and producer of pistachio in Iran. Currently Iran controls about 50% of the global pistachio market.
The quality of the pistachio of Kerman and indeed of Iran is unique worldwide. They are more than 55 varieties of pistachio cultivated in Kerman alone with different shapes, sizes and classes. Primarily Iranian pistachio can be categorized under different names according to their shapes and sizes. The major varieties and most important are Akbari, Kaleh-ghoochi, Ahmad Aghaie, Fandoghi (Ohadi), Badami, Zarand, Rezaii, Shasti, Momtaz Khanjari Damghan, Shahpasand, Sefid Pesteh Nogh, Musa-abadi, Ebrahim-abadi and Ghazvini. The round type (Fandoghi) is the first in product and export while the long type (Akbari) is the most expensive and ceremonial.
Pistachio is quite a special treat for Iranians. Not only it is held as a nutritious snack in every household, it is also used to make special foods and sticky deserts such as the popular Iranian Gaz, Baklava and Sohan. In most Iranian cooking, particularly rice dishes such as shirin polow and morasa polow, sliced pistachio are commonly used as a condiment.
In Tehran pistachios are easily available and sold in almost every outlets, shops and supermarkets. One of them is DastChin – one of our favorite confectionaries. Another equally popular shop is the Tavazo which has a few branches in Tehran. It is often frequented by foreign visitors to Tehran including our fellow Bruneians. However, over the years we can’t help but notice that the price of pistachio, along with other commodities in this country, have increased exorbitantly. Four years ago, a kilogram of pistachio was only about US$5.00 to US$9.00. Today one has to pay twice the amount or even more.
Pistachio is said to have a relaxing effect because it contains many nutrients such as vitamin B1 and B2 which have calming abilities. In essence it can act as a certain form of stress inhibitor. And we have been told that it is best to eat pistachio whilst it is still fresh, as dry roasting seems to diminish the nutritious elements of the nuts.
Wassalam. 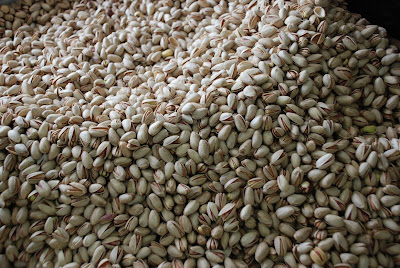 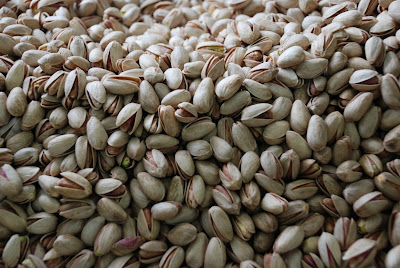 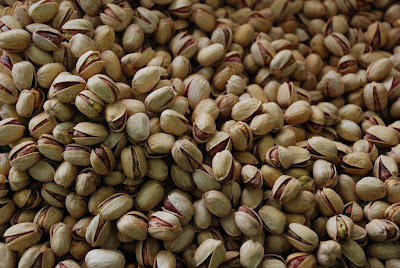 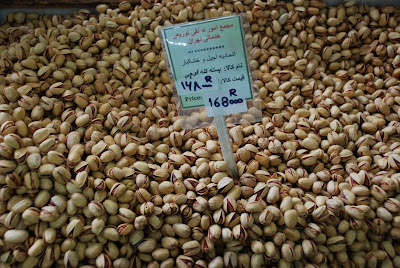 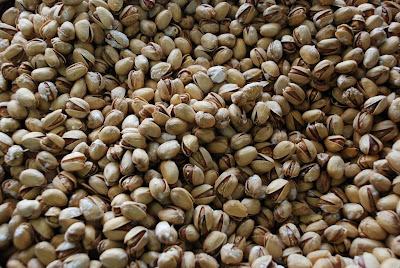 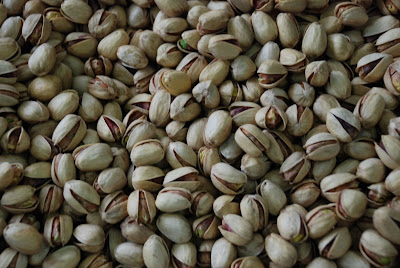 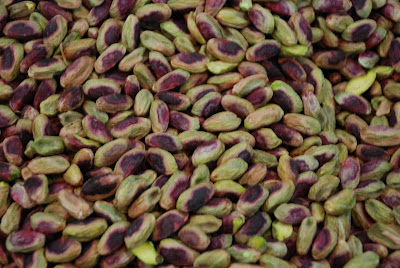 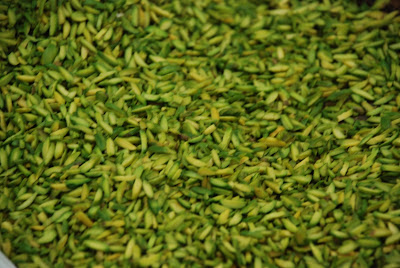 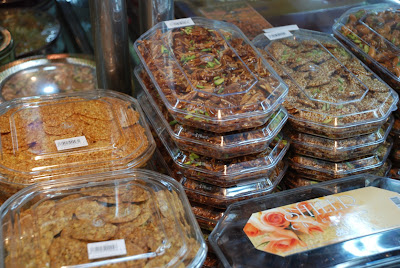 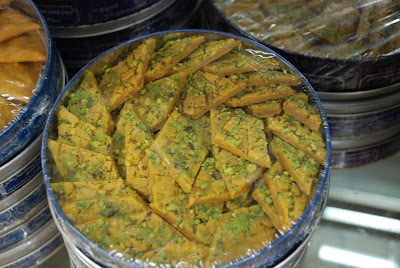 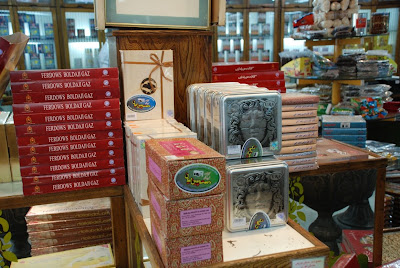 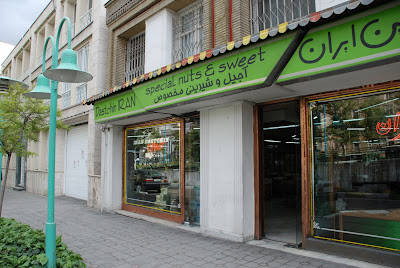 our favorite confectionery
Apart from pistachios, you could almost find everything nuts and sweety at Dastchin, such as... 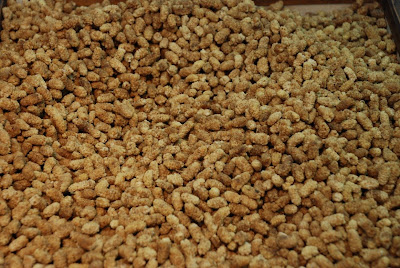 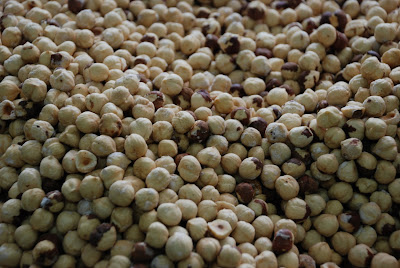 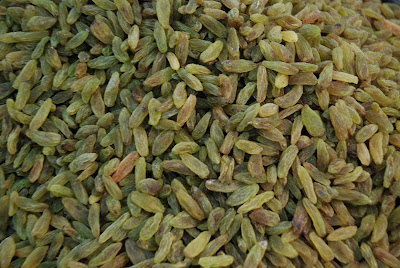 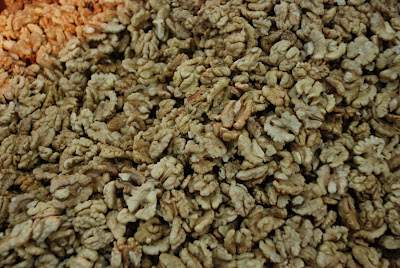 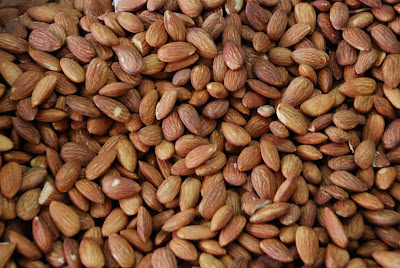 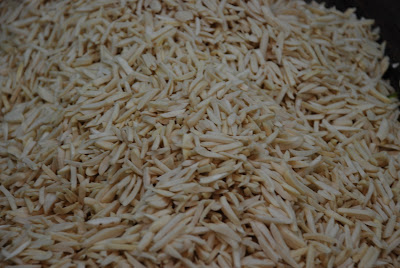 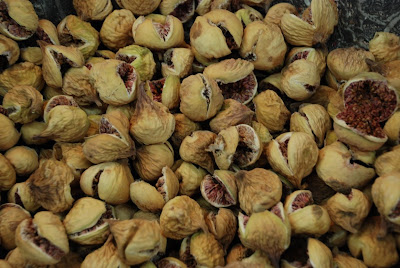 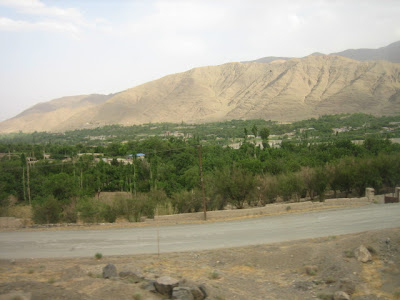 a glimpse of Kerman province 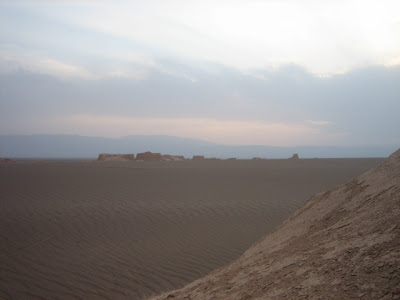 the famous Dasht-e Lut (desert) on the eastern side 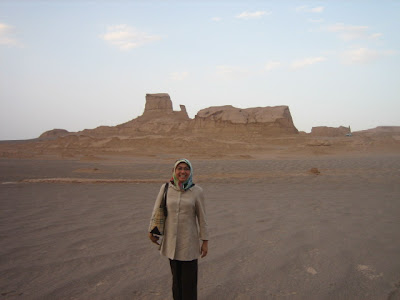 (photography by hamsare-mosafer, Nikon D90)
Posted by hamsare_mosafer at 11:44 AM