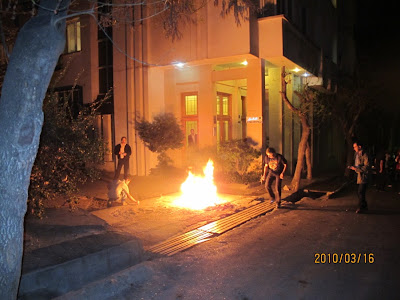 Salaam,
The Iranian New Year (Nowrooz) ceremonies actually begin on the eve of the last Wednesday of the outgoing year. This ritual is called "Chahar Shanbeh Suri" or "Red Wednesday."
Chahar Shanbeh Suri is an ancient pagan festival, held on the eve of the last Wednesday of the Persian calendar year. This year the ritual fell on the night of March 16.
Based on an ancient tradition, Iranians, particularly the youth and children, celebrate the last Tuesday evening of each year by lighting and jumping over bonfires. This tradition have been held since time immemorial. While jumping over the fire, they will say "Sorkhi-e To Az Man, Zardi-e Man Az To" which literally means "Your red color is from me, and my yellow color is from you." It symbolically draws energy and vitality from the fire while leaving behind pain, bad luck and illness.
After the ritual, the family get together in a feast where usually a noodle soup called "Aash-e Chaharshanbeh Suri" is prepared and consumed communally. Nuts and dried fruits such as pistachios, roasted chickpeas, almonds, hazelnuts, figs, apricots and raisins are also served.
Nowadays, in Tehran and other big cities, the rituals are seemingly changing and young Iranians in particular, make even larger bonfires and use more popular firecrackers to mark the event.
Other rituals performed on that day but are not quite in practice today, includes the "Qashogh Zani" (Spoon beating), "Falgushi" (Ear Fortune Telling), "Tup-I Morvarid" (Pearl Cannon), and "Gereh Goshai (Knot opening).
Wassalam. 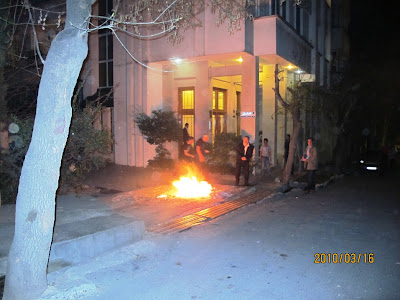 Chaharshanbeh Souri bonfire next to our residence a family and a communal affair... 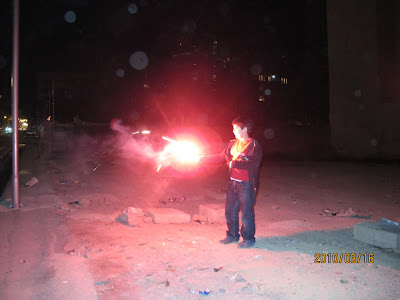 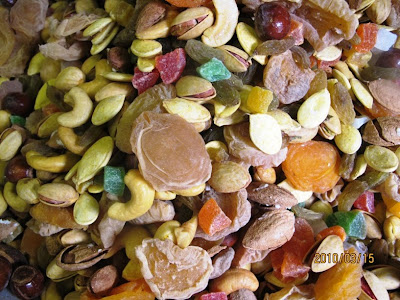 serving of a mixture of seven dried nuts and fruits 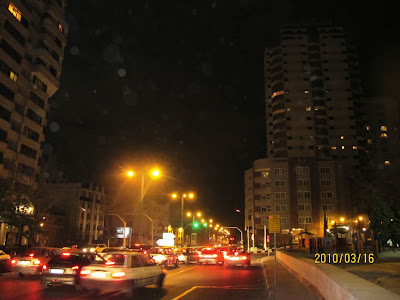 the street scene next to our residence on 'chaharshanbeh suri' evening

Posted by hamsare_mosafer at 11:57 PM