IWD logo...symbol of Venus, of being female
Salaam,
Today is International Women's Day (IWD). It is a global day celebrating women's achievements throughout history and across nations. It is also known as the United Nations Day for Women's Rights and International Peace. The first IWD was held on March 19, 1911 with rallies and meetings in countries such as Austria, Denmark, Germany and Switzerland. The date was chosen because it commemorated the day that the Prussian king promised to introduce votes for women in 1848. The promise gave hope for equality but it was a promise that he failed to keep. Eventually the date for the International Women's Day was later moved to March 8 in 1913.
Much progress has been made to protect and promote women's rights in recent times. But according to the United Nations, nowhere in the world can women claim to have all the same rights and opportunities as men. The majority of the world's 1.3 billion absolute poor are women. On average, women still receive between 30 and 40 per cent less pay than men earn for the same job. Women also continue to be victims of violence, with rape and domestic violence listed as significant causes of disability and death among women worldwide.
Women's Day in Persia... 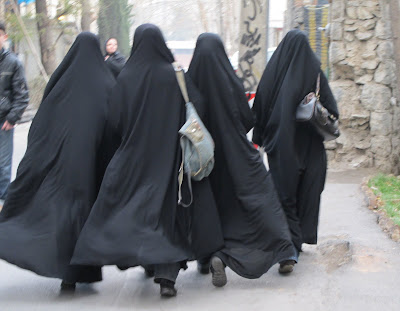 International Women's Day is a national observance in many countries. However, little is known about Women's Day in Persia or present-day Iran. The traditional Iranian Women's Day falls on February 23. Perhaps it was the most ancient celebration of Women's Day in the history of the world.
February 23 falls in the Iranian month of Esfand (known as Esfand Rooz or Esfandegan), the last month of winter in Persian calendar. In ancient times, Esfand was glorified for the fertility of land and the fifth day of this month (Feb 23) is known as Women's Admiration Day in ancient Persian culture. Hence it denotes the rebirth of earth and the return of its fertility.
In ancient Persian tales, the term 'woman' is linked to life and breeding, while the term 'man' means death and mortality. That is why Persian ancestors believed that the eternity of life is due to the existence of women who give birth to children and this allows the circle of life to continue forever. They believed that women are the keeper of generation of human beings. This belief had no relation with the matriarchal system.
According to ancient writings, in some parts of the Persian empire such as the present-day city of Izeh in Khuzestan province, the status of women was so high that even when patriarchy prevailed, the name of mother was used for the identification of a child instead of that of the father, especially during the Elamite period.
Henceforth Persians named this month and fifth day of Esfand as "Women's Day." The day was marked to glorify women during ancient times, in which men held special ceremonies to appreciate the status and role of women in family and society.
Wishing all women in Brunei, Iran and the world all the best wishes and a Happy International Women's Day 2010...
Wassalam.
Posted by hamsare_mosafer at 9:21 AM